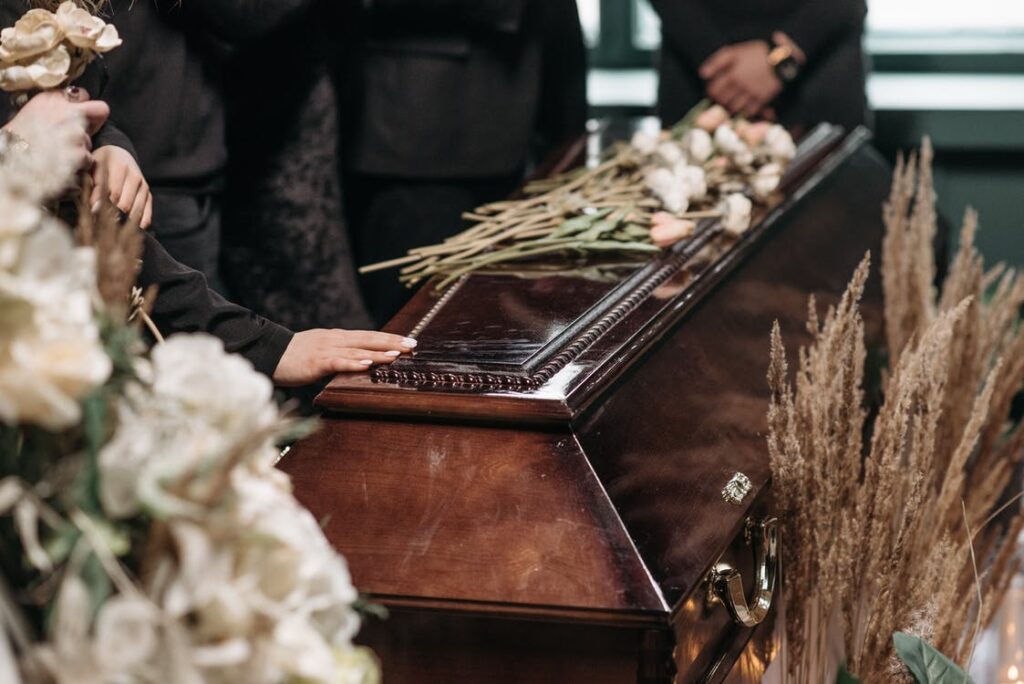 When it is time to bury a loved one, many people are unsure of the difference between coffins and caskets. Coffins and caskets are both funeral containers that are used to hold the body of a deceased person. But what makes a coffin different from a casket? Too many people seem to get confused about it and some even think they are the same! It’s about time we clear out the difference between caskets and coffins.

When it comes to funerals in Glendale, AZ, we are frequently asked about the difference between a coffin and a casket. What then are the differences between coffins and caskets? The most apparent method to distinguish between a coffin and a casket is by their appearance. Coffins are not only shaped differently from their casket counterparts, but they also have different sizes. The number of sides on a coffin is also different from that on a casket.

The option to utilize a coffin or casket in the burial of a loved one is primarily up to the discretion of the family members attending the service. Only a few families choose coffins because their designs are less eye-catching, and finding suppliers can be time-consuming.

What Exactly are Caskets? 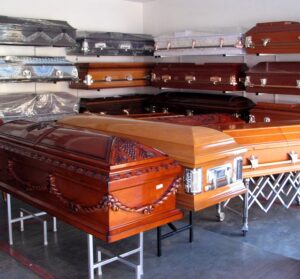 Caskets are specific containers used to hold the remains of the deceased. Caskets are rectangular in design, and rails are installed alongside them to support them during transportation. Caskets can be used for both burial and cremation services. The material used to make a casket can identify the type of casket. The majority of caskets are composed of wood or metal, and Caskets are lined with fabric once they have been created to ensure that the deceased can rest in peace. 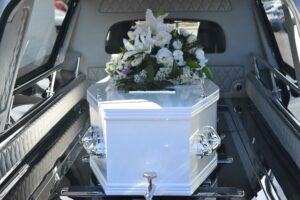 In contrast to caskets, Coffins feature six sides rather than four instead of caskets. In addition, the top of the coffin is wider than the bottom of the coffin. Constructed to fit the corpse’s shape, coffins are a standard burial option. In addition, a coffin has a removable lid, whereas caskets have covers that are hinged.

Coffins are typically composed of wood, with their interiors lined with cloth to protect the deceased’s body.

The Price Distinction Between Caskets and Coffins

The cost of a coffin and a casket might differ significantly depending on the source.

Basic coffins cost between $800 and $1,500 and are built of plywood or medium-density fiberboard. The lids of these coffins are usually flat, and the handles are plastic. Mid-range coffins, which cost between $2,000 and $4,000, feature more detail and craftsmanship. Metal handles, a tiered lid, a varnish finish, and additional intricacy are frequently seen in their construction. 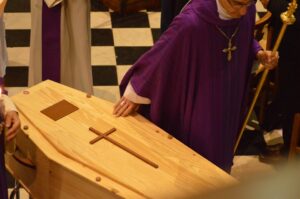 Caskets are more costly than coffins because they are lined with more excellent material and have extra elements such as pillows and interior trimmings that are not included with coffins. If you want to include a viewing as part of the funeral arrangements, you can choose a casket with two lid tops, which will enable the viewing to take place.

Depending on your customization, if you’re planning a funeral and would like a casket, the cost can range from $2,000 to $15,000. You might expect to pay upwards of $6,000 for a casket with more intricate embellishments. These high-end solutions are typically highly customizable to meet specific needs.

Can I Rent a Casket for Viewing When I Choose Cremation?

Yes. A casket is often rented for the purpose of viewing during a cremation. It gives friends and family members a chance to say goodbye to the deceased in a more personal way. Often, the funeral home will have a selection of caskets that you can choose from.

What are the Handles on a Coffin Called?

There are handles on a coffin called ‘coffin plates,’ which help to secure the lid of the coffin. These handles might be made of brass or other metals, and they’re often decorated. The placement of the handles varies depending on the style of a coffin, but they’re usually placed near the head and foot of the coffin. In the United States, they’re sometimes called cemetery handles, while in the UK they’re known as pall bearers’ handles.

Are Caskets Sealed Airtight and Waterproof?

Yes, modern caskets are sealed airtight, and waterproof in order to protect the body from decomposition. This is especially important if the body is going to be on display for a funeral or memorial service. The casket sealing also prevents outside contamination from entering the coffin to further delay the decomposition. This does not mean that they are impervious to damage, they will corrode over time.