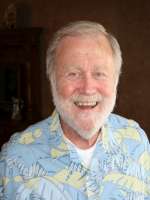 Stephen Dippe, 74, beloved husband, father, grandfather and friend, passed away on Sunday, September 30, 2012 at his residence surrounded by his family. He was born on June 14, 1938 in Cavalier, ND, the youngest of five children. A graduate of the University of North Dakota and the Medical School at the University of Wisconsin, Madison, completing his fellowship at the University of California, Berkeley. In 1972 his family moved to Phoenix, AZ, where he began his private practice in Scottsdale, AZ. He was known as the “Gland Man”- a wonderful endocrinologist who would make his patients laugh. He enjoyed practicing medicine every day with a smile. He had an adventurous spirit and a passion to travel to the most remote and interesting places on Earth. But his real love was for his family. He and his family had the opportunity to travel to all 50 states and their capitals over a 5 year period. These family trips created memories that will live forever. He retired in 2007 and continued to travel all over the world which enabled him to experience new cultures, meet new friends, and fulfill his desire to continue to learn. Stephen is survived by his loving family, wife, Gerry, daughter Suzi, son in law John McBride, daughter Heidi, son in law Jason Bleimeyer, son Stephen, step-daughter, Nicole and son in law Jason Ladner. He will be forever missed by his six grandchildren, Jackson & Carter McBride, Joshua & Riley Bleimeyer and Harrison & Davis Ladner who remember the games he would make up for them. He is also survived by his four older siblings. Stephen lost his first wife, Gaynelle, in September 1992 to cancer. In 2010, he was diagnosed with Progressive Supranuclear Palsy (PSP) for which there is no known cure. The family wishes to express sincere gratitude to his caregiver, Thomas May. In lieu of flowers, the family requests that memorial donations be made to CurePSP at CurePSP.org or 1-800-457-4777. A public Visitation will be held from 1:00-2:00pm with Funeral Service at 2:00pm at Whitney & Murphy Funeral Home, 4800 E. Indian School Road, on Friday, October 5th. Interment will be private. Stephen will be forever remembered as the jolly man whose spirit and laughter could fill a room.

Offer Hugs From Home Condolence for the family of DIPPE, DR. STEPHEN ERIC