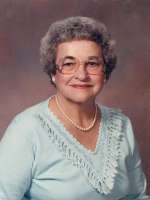 Rose Mary C. Dixon, 88 years young, passed away Friday February 24th 2012 in Tucson, Arizona. Rose Mary worked at Western electric for many years before retiring to the valley of the sun 31 years ago. She was preceded in death by William E. Dixon her husband of 65 years. She is survived by her many nieces and nephews Lee Maris & Frank Sides, Marcie Ryan, Bill Carvin, John and Sharon England, Mike England. Great-nieces and nephews Kelly Henkel, Sara Ryan, Sherry Wagner, Shelley Newell, Houng Gilmore, Jason, David, Aaron and Ben Vanleeween. Great, great-nieces and nephews Laceyanna Ryan, Jeannette and Ryan Henkel, Brandon Monell, Shelby and Louis Gilmore, Stephanie Fischer, and Corey and Kyle Newell. She was born January 12th 1924 in Indianapolis, Indiana. She married the love of her life November 9th 1946. Her passions in life were shopping, collecting angels and volunteering her time. She was a member of the Telephone Pioneers group for many years. She served on many committees, President and volunteer coordinator. Visitation will be held from 8:00-9:00am with a Funeral Service at 9:00am, Friday, March 2nd at Whitney & Murphy Funeral home 4800 E. Indian School Road, Phoenix. Interment will follow at 11:00am at the National Memorial Cemetery of Arizona, 23029 N. Cave Creek Road, Phoenix. A reception will follow. She will be immensely missed by all whose lives she touched.

Offer Hugs From Home Condolence for the family of DIXON, ROSE MARY C.