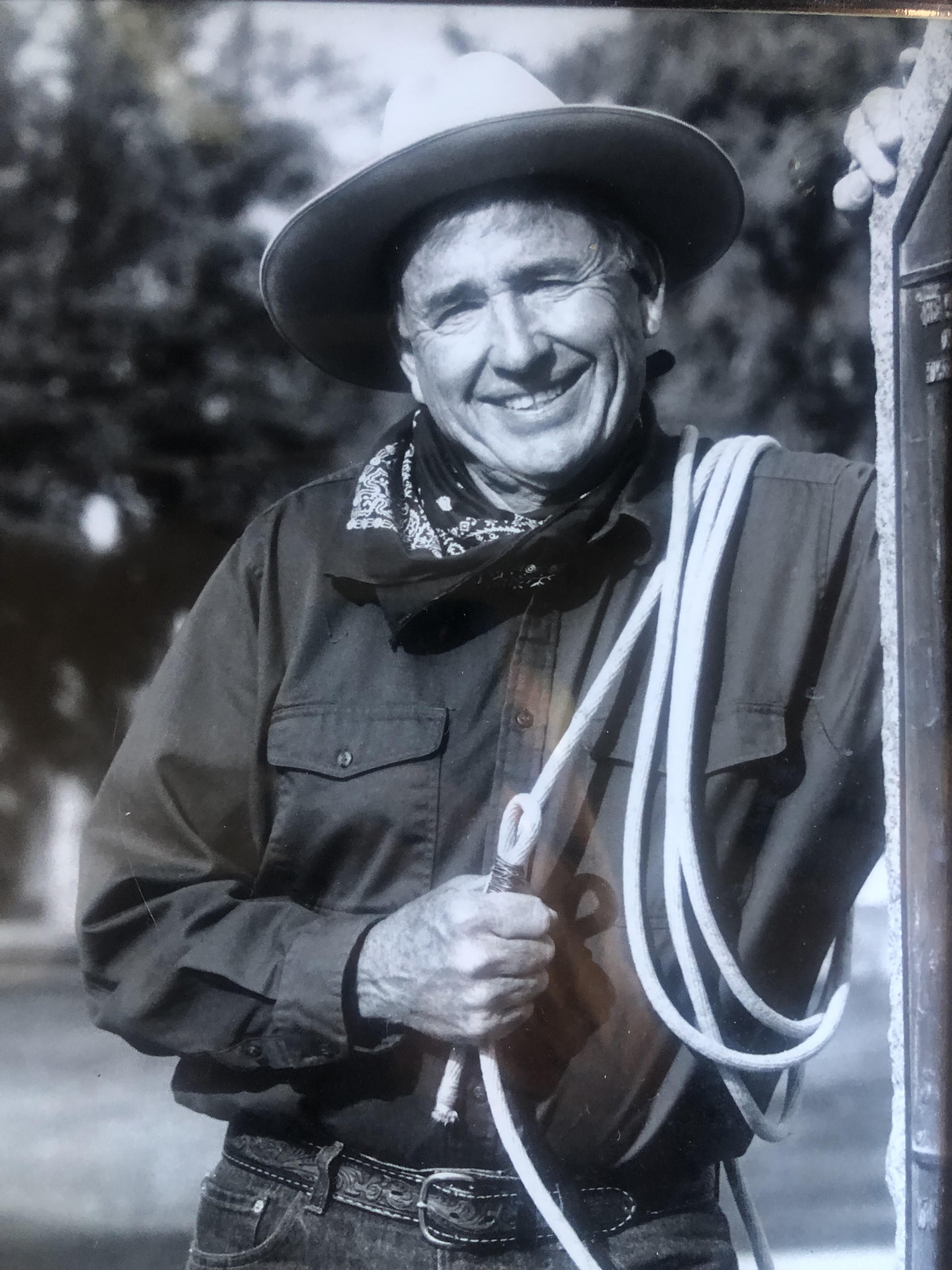 Forrest Dougherty, 91, left his heartbroken family on April 14, 2019. Forrest was born on the family farm in Gilbert, Arizona to William and Marguerite Dougherty where he lived with his eight siblings and parents. The large family eventually moved into Phoenix, where he attended Saint Mary’s High School. He was an outstanding football player and earned a scholarship to the University of San Francisco, but life and World War II diverted that journey. After the War, he returned to Arizona and was given a scholarship to play football for his beloved Sun Devils at Arizona State University. During that time, he became reacquainted with a fellow Saint Mary’s alumnus and married the love of his life, Mary Ann. Forrest worked as a salesman in many different industries, from liquor to solar to natural gas, eventually retiring from Southwest Gas. In retirement he began a second career, impersonating Will Rogers but his real purpose became helping others. His show went on the road to theaters, schools, and retirement homes delighting people of all ages. One of the highlights of his life was biking across Ireland to celebrate his 80th Birthday. Forrest was preceded in death by his wife of 62 years, Mary Ann. He is and survived by his son, Fred Dougherty (Peter Valovic); daughters, Suzanne Williams, Karen Marton (Kraig) and Diane Bertrand (Dave). He is also survived by six grandchildren, Marcus Williams (Jamie), Megan Fulton (John), Ashley Marton (Alexander Basek), Kaylin King (Brian), David Bertrand and Chrissy Bertrand (Eric Benson), six great-grandchildren (Mika, Chloe, Lyla, Ellie, Brysen and Bentley) and four siblings, Alice Patrone, Maxine Sill, Bernard Dougherty and Sharon Aldridge plus numerous nieces and nephews. One of his favorite quotes from Will Rogers was, “Live in such a way that you wouldn’t be ashamed to sell the family parrot to the town gossip.” Forrest truly lived his life that way.
Memorial Mass will be celebrated on Tuesday, April 30, 2019 at 11:00 am at Our Lady of the Angels Church at the Franciscan Renewal Center, 5802 E. Lincoln Drive in Scottsdale. In lieu of flowers, the family asks that contributions be made to St Vincent DePaul Society at P.O. Box 13600, Phoenix, AZ 85002.

Offer Hugs From Home Condolence for the family of DOUGHERTY, FORREST W.