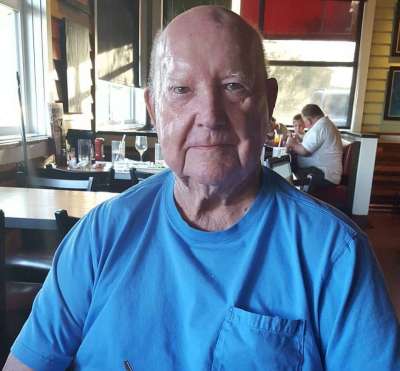 Phoenix resident, Harold P. Dougherty passed away peacefully on December 2nd, 2016 at the age of 93. Harold spent most of his adolescence in Ohio, until he joined the military where he served as an Air Force pilot, ending his career as a Second Lieutenant. After marrying his wife Frances, they moved to Phoenix in 1951. Harold and his wife owned the successful floral business, Dougherty Wholesale in the Valley. Harold is survived by daughters Jo Lynn Billings (husband John) and Debbie Dieter (husband Robert), grandchildren J.P. (wife Annie), Julia (husband Ryan), Brandon (wife Cindy) and Arron (wife Michelle) and 7 great grandchildren. A vigil will be held from 5:00pm to 8:00pm, with a Rosary at 7:00pm, on Sunday, December 11, 2016 at Whitney & Murphy Funeral Home, 4800 E. Indian School Rd., in Phoenix. Funeral Mass will be celebrated at 10:00am, Monday, December 12, 2016 at St. Theresa Catholic Parish, 5045 E. Thomas Rd., in Phoenix. Burial to follow at St. Francis Cemetery.

Offer Hugs From Home Condolence for the family of DOUGHERTY, HAROLD