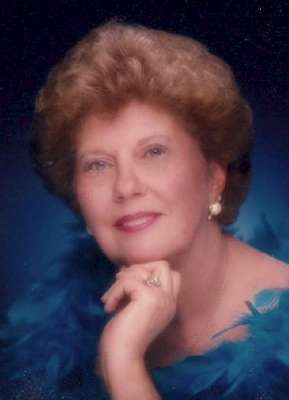 Mary Ann Dougherty, 85, left her heartbroken family on September 25, 2014.  Mary Ann was born in New Kensington, Pennsylvania to Fred and Frances Omnus. She moved to Phoenix when she was 13 years old.  She met the love of her life, Forrest Dougherty, while attending St. Mary’s High School. She was dedicated to the medical field and served as head nurse of St. Joseph’s emergency room for over 30 years.

Services will be held on Friday, October 3rd, 2014 at 10:00am at St. Theresa Catholic Church, 5045 East Thomas Road in Phoenix. Arrangements entrusted to Whitney & Murphy Funeral Home. In lieu of flowers, the family asks that contributions be made to St. Vincent DePaul Society.

Offer Hugs From Home Condolence for the family of DOUGHERTY, MARY ANN