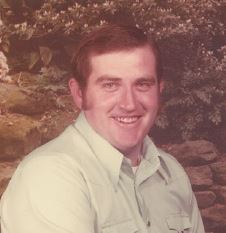 Thomas Edward Doyle, age 63, passed away peacefully at home on Sunday, July 28, 2019 in Phoenix, Arizona after a long, hard fought battle against cancer. He was born August 13, 1955 in Phoenix, Arizona to Mary and Vincent Doyle. He graduated from Saint Mary’s High School in 1974. Married Cindi Doyle in 1979. Following in the footsteps of his father he became a plumber. Dedicating his life to the trade he would eventually find his true passion in teaching others the profession he mastered. He lived life to the fullest through life’s simple pleasures, snacking, the great outdoors, and cooking BBQ/wine making for family and friends. He had an uncanny ability to reach out and connect with people in a witty and meaningful way. He is survived by his wife, Cindi; three sons; Travis, Zach, and Chad; his mother Mary; brother Daniel; sister MaryLou; seven grandchildren and many nieces and nephews. We invite family and friends to join us Thursday, August 1, 2019  at Whitney & Murphy Funeral Home, 4800 E. Indian School Road, Phoenix for Visitation and Scripture Service from 6:00 pm to 8:00 pm. Funeral Mass will be held on Friday, August 2, 2019  at 10:00 am at St. Theresa Catholic Church, 5045 E. Thomas Road, Phoenix.  Reception will follow immediately after services at the church.

Offer Hugs From Home Condolence for the family of DOYLE, THOMAS EDWARD