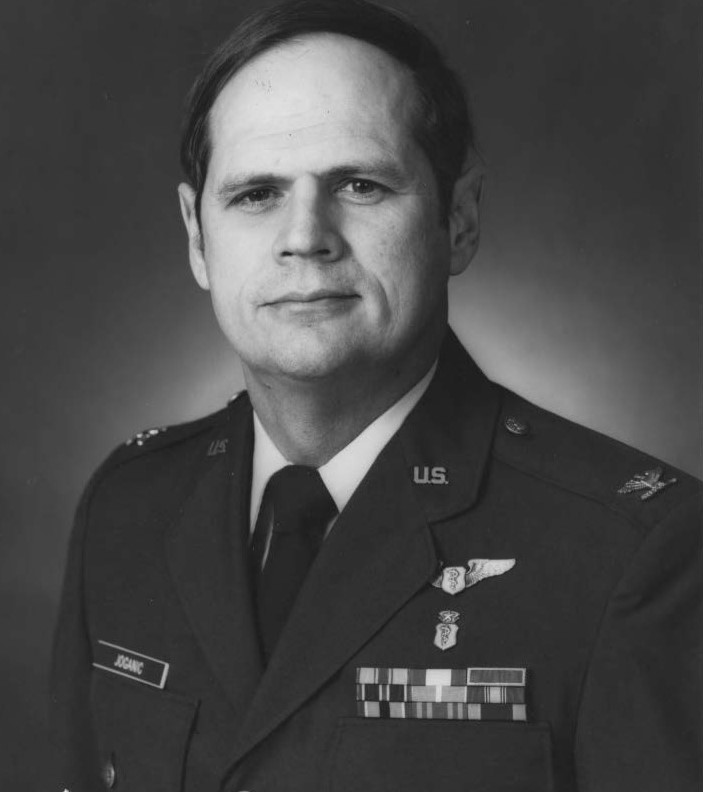 Dr. Edward F. Joganic, Jr. passed away on Monday, October 23, 2017 after a courageous three-year battle with cancer. Ed was a treasured friend and father and a highly respected colleague recognized for his intelligence, skill and integrity. Ed was an extraordinary surgeon whose life work positively impacted the lives of tens of thousands of patients, especially children with craniofacial deformities. He was a pioneer and innovator in the field of Plastic and Reconstructive surgery whose passion for knowledge and learning was reflected in the great joy he took in teaching the skills of his craft to others. Ed was a kind and generous teacher who enriched the lives and educations of countless students and residents during his forty-two-year career as a physician. Ed was born on October 1, 1946 in Elizabeth City, North Carolina to Edward F. Joganic, Sr. and Shirley Maxine Caddy. The family lived in Elizabeth City and Pittsburgh, Pennsylvania before moving to Tucson, Arizona in 1955. Ed graduated from Salpointe Catholic High School in 1964 and received both Bachelor of Science and Master of Science degrees in Zoology from the University of Arizona. Ed earned a medical degree from the University of Arizona College of Medicine in 1975 and completed Residencies in General Surgery and Plastic Surgery at the Wilford Hall US Air Force Medical Center in San Antonio, Texas. Edward F. Joganic, Jr. served in the United States Air Force from 1968 to 1988. In 1968, Ed was commissioned as 2nd Lieutenant in the 3097th Aviation Depot Squadron and served as an aerospace munitions officer. During the Vietnam War, he served in the 5th Air Force, stationed at Fuchu Air Base, Japan and held the position of Assistant Director of Munitions at the time he began his medical education in 1972. Ed was honored with numerous awards and commendations during his distinguished career as an Air Force Physician, and was named Consultant to the USAF Surgeon General for Plastic and Reconstructive Surgery. Ed served as Vice Chairman of Plastic Surgery at Wilford Hall USAF Medical Center and Chairman of the Department of Surgery and Chief of Plastic Surgery at Scott Air Force Base Hospital in O’Fallon, Illinois. In 1988, Ed retired from the Air Force with the rank of Colonel.
Much the modern Renaissance Man, Ed had many interests and hobbies outside of his love for surgery. He was an accomplished pianist, an avid astronomer, competent photographer and enthusiastic student of astrophysics. He was a skilled artist and craftsman who loved to work with his hands and was especially happy when he could use his skills to repair and remake objects and restore them to their original beauty. He rebuilt numerous classic sports cars, a WWII Ryan PT-22 training aircraft and several antique Steinway Duo-Art reproducing pianos. If Ed could not find a particular part he needed for a project, he would manufacture it himself in his garage or at the dining room table, which was often hidden completely by car parts. Ed loved spending time in his workshop, though he also loved to be outdoors, to experience the natural world and feel the wind in his face. He started out sailing boats on a small lake in central Texas and then moved on to flying single engine aircraft. He earned his private pilot’s license in 1984 and after moving to Phoenix, enjoyed piloting gliders high above the Valley of the Sun. In the last years of his life, he returned to his love of boats and took up rowing with his best friend and colleague, Travis Holcombe and they practiced and competed together on Tempe Town Lake.
Ed dedicated his life to learning, invention and exploration and he had an indomitable curiosity that he shared with his children and grandchildren. He enjoyed working on computers and electronics with his son John, who is now a premier computer programmer. Ed and his son Matthew worked together to restore cars and enjoyed scuba diving, leading Matthew to become an Engineer Diver. His daughter Jessica inherited his interest in the craniofacial skeleton and earned a Ph.D. in Biological Anthropology by studying the genetics of craniofacial variation. Ed’s daughter Jennifer shares his love of the biological sciences and became the President of a biotechnology company by following Ed’s example of hard work and perseverance. Ed shared a love of astronomy with his granddaughter Elaine, who is studying to be an Aerospace Engineer. He adored his three young granddaughters Sophia, Katherine and Arkadia and enjoyed watching them grow and develop. Ed is preceded in death by his father Edward F. Joganic, Sr. and his sister, Charlene Shidisky (Charles). He is survived by his mother, Shirley Joganic, his children John (Ashley), Jennifer, Jessica and Matthew; grandchildren Elaine, Sophia, Katherine and Arkadia; Rosemary Joganic and Denise Erickson. A visitation will be held at St. Francis Xavier Church on Monday, 30 October from 5-7 pm with a Funeral Mass celebrated at 7:00 P.M. In lieu of flowers, the family requests that donations be made to Hospice of the Valley instead at (www.hov.org). Arrangements entrusted to Whitney & Murphy Funeral Home.