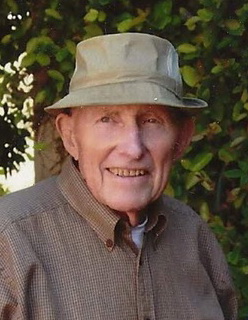 James (Jim) Edward Drake, Sr., resident of Phoenix, Arizona and a former resident of Gillette, Wyoming, passed away in his sleep on Saturday, April 21, 2018. Jim was born in Gillette, Wyoming on March 5, 1933 to Joe and Mildred (Davis) Drake. His grandparents were E.O. and Sadie (Williams) Drake, of Gillette and Walter and Nell (Williams) Davis of Seridan, WY. He was a graduate from Campbell County High School in 1951, where he was active in Camel baseball, basketball, football and band. He attended the University of Wyoming for a short time before enlisting in the United States Air Force in 1953, during the Korean War. On September 9, 1954 he married Edra June Willard, daughter of Ed and Blanche (New) Willard, all from Gillette. His military service took him first to England, where he worked as a Radio Operator with an Air Force Security Services team dedicated to analyzing penetration of Soviet air defenses during the Cold War. He was next assigned to Warren AFB in Cheyenne before being reassigned to Ent AFB in Colorado Springs, where he was in the NORAD control room during the Cuban Missile Crisis. He then spent a year in Greenland working on the Early Warning Radar system on the Arctic Circle before returning for another tour in Colorado Springs as a Public Information Officer for the Cheyenne Mountain Complex. His next assignment, in 1968, took the family to Yokota AFB in Japan where he was in the Air Force Postal & Courier Service, tracking and delivering government mail throughout Asia. One time he curried moon rocks from the recent Apollo 11 mission, which got their own seat on the airplane. Jim’s last assignment was also with the Courier Service in Washington, D.C. He enjoyed umpiring Little League baseball during his time in Northern Virginia. After 22 years of service, Jim retired from the Air Force in 1975 with the rank of Master Sargent. He then moved with the family to Phoenix to be closer to his Mother, where he was employed as a Letter Carrier for the U.S. Postal Service in Glendale, AZ and became an active member of the Letter Carrier’s Union, serving as a Steward before being elected Vice President of the Union where he served until his final retirement in 1998. In this position he was instrumental in mediating between the Letter Carrier’s Union and Postal Service management and getting them work together to resolve a number of long-standing issues. While retirement gave him time to enjoy travelling, going to ball games, golfing and spending time with friends and family, he still made sure to set aside time to serve in Air Force and Government Worker’s organizations. Jim was preceded in death by his parents and his sister, JoAnne Gregory of Gillette. He is survived by his wife, Edra in Phoenix; sister Judith Sarah Viskocil (Bill) of Hereford, AZ; Children Jim, Jr. (Vanessa) of Tempe, AZ and Wright, WY, Joy Lynn Schumacher (Bob) of San Diego, CA, Judith Leigh Drake (Ray) in Seattle, WA and Marshall Willard Drake (Debbie) of Fernandina Beach, FL. Also surviving are seven grandchildren, six great-grandchildren, four nieces and four nephews. Jim is and will be greatly missed by all his friends and family. Memorial Services will be held on Saturday, April 28, 2018 at 11:00 A.M. at Twin Buttes Baptist Church, 7202 S. 48th Street, Phoenix. Instead of flowers, the family asks that donations be made to Ryan House Hospice of the Valley, 110 W. Merrell Street, Phoenix, AZ 85013. Arrangements entrusted Whitney & Murphy Funeral Home.

Offer Hugs From Home Condolence for the family of DRAKE, SR. JAMES EDWARD