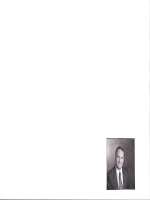 A true gentlemen; peacefully passed away on February 12, 2010. Born in Fresno, CA August 8, 1932, son of Nikoli and Rubie Draklich, Bob played football for and graduated from Santa Clara University. Upon graduation he entered the United States Army as an officer with the Honest John Field Artillery Unit in
Germany. After becoming a stock broker with Merrill Lynch, Bob married his best friend Colleen Burns in 1962. Bob and Colleen lived in Fresno and joined the Fort Washington Country Club where he became a 5-time Men’s Golf Club Champion. The Draklich’s moved to Phoenix, AZ in 1970 to manage the Mitchem Jones Brokerage House. They became members of the Arizona Country Club where they met many dear friends and enjoyed very happy times. Bob retired from Piper Jaffray in 2004. His greatest joy was his many family and friends. Bob is survived by: wife Colleen. Sons: Scott and his wife Mae, Nick and his wife Dawn, and Mike and his wife Sarah. Grandchildren: Brandy, Samantha, Nicole, Brittney, Ashley, Taylor, Driana, Ashton, Anthony, and Jake. Great-grandchildren: Jackson and Ashlyn. A Memorial Mass will be held Thursday, February 18, 2010, at 10:00 A.M., at Our Lady of Perpetual Help Church, 7655 E. Main St., Scottsdale, AZ.
In lieu of flowers, the Draklich Family would prefer donations be made to the wonderful people at Hospice of the Valley, 1510 E. Flower St., Phoenix, AZ 85014.

Offer Hugs From Home Condolence for the family of DRAKLICH, ROBERT ERNST