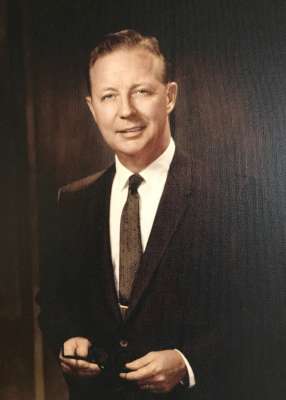 Resident of The Terraces in Phoenix, AZ passed away on May 18th at 93 years of age. He is survived by his dear spouse of 70 years, Rita Elizabeth and four of their six children: John M. Driscoll (Cindy) of Phoenix, Brian Driscoll (Nancy) of San Diego, Mark Driscoll (Karen) of Norman, OK and Kathleen Driscoll Lally (Michael) of Charlottesville, VA. John is preceded in death by their 2 youngest children: Timothy James Driscoll of Phoenix and Rita Marie Driscoll Knepper (Roland) of Moab, UT. His family legacy includes 10 grandchildren and 14 great-grandchildren. John was an uncle to many nieces and nephews. John was born and grew up in Fitchburg, MA. His parents, Cornelius Driscoll and Julia Shea Driscoll were immigrants from County Kerry, Ireland. One of 13 children, he is survived by a sister, Peggy (Margaret) Testamata of West Boylston, MA. He is preceded in death by his other siblings: Nora Welsh, Catherine Turcotte, Mary Mullahy, Edward Driscoll, Pauline Thomas, Teresa Driscoll, Madeline Driscoll, Rita Driscoll, Eileen Pernokas, Bernard Driscoll and Neil Driscoll. John attended St. Bernard’s Elementary School and St. Bernard’s High School in Fitchburg, MA. He studied pre-med at Middlebury College while in the Navy but decided not to pursue medicine and transferred to St. Michael’s College in Vermont. While also working at the former Bishop DeGoesbriand Hospital in Burlington, he met a beautiful nursing student there, Rita Galipeau; they married in 1947. John began a career in insurance sales in the summer of 1948 in Burlington, VT, and also coached high school basketball. Seeking warmer weather, he decided to move his young family to Phoenix in 1953. His career extended for over 60 years and is now survived by the firm he founded that still bears his name, John Driscoll and Company. John valued highly his Catholic faith and education and was blessed to find a wonderful new neighborhood for his family in Phoenix very close to St. Francis Xavier Parish with its elementary school, and with Xavier College Preparatory and Brophy College Preparatory nearby. John was an avid reader, especially books about psychology and history. He enjoyed polka music, family picnics in the desert, and barbecuing Sunday dinner for his family. At mid life he liked to work out daily at the Phoenix Country Club and have his morning coffee with friends there. Visitation will be held Thursday, June 8, 2017 at Whitney & Murphy Funeral Home, 4800 E. Indian School Rd, Phoenix, AZ 85018 with holy rosary and prayers starting at 4:00 P.M. and general viewing at 5:00 P.M. Mass of Christian Burial will be celebrated on Friday, June 9, 2017 at 10:00 A.M. at St. Francis Xavier Catholic Church, 4715 N. Central Ave. with burial immediately following at St. Francis Catholic Cemetery.

Offer Hugs From Home Condolence for the family of DRISCOLL, JOHN C