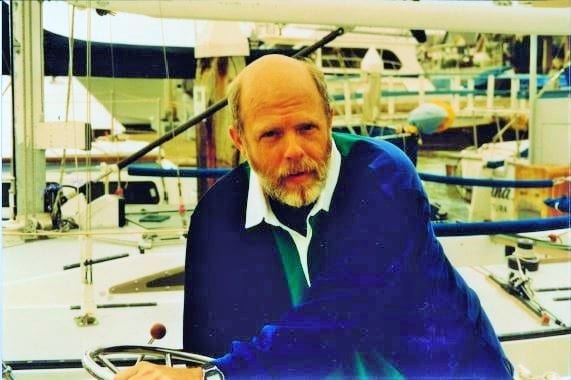 Michael Francis Durand, 78, of Phoenix, AZ passed away on January 5, 2022, after a ten-year battle with Alzheimer’s which also rendered him blind. He passed away at the Lund House, a Hospice of the Valley facility.

He is survived by his wife of 42 years, Pat Norton Durand, his sisters Barbara and Mary and his brother Jim, all of Phoenix. His brother Dennis lives in Minnesota. He was preceded in death by his parents, Ron and Pat Casey Durand and his brother Ron.

Mike was born on April 27, 1943 in Baldwin, NY. The family relocated to Rochester, NY in 1945 and then moved to Salem, Ohio in 1954. Mike graduated from Cardinal Mooney High School in Youngstown, Ohio in 1961. That summer he attended Notre Dame University before entering Saint Gregory’s and Mount Saint Mary’s seminaries in Cincinnati, Ohio. Upon leaving the seminary in 1965, he enlisted in the United States Marine Corps and was in Officer Candidate School at Quantico, Virginia when he suffered a serious training accident, ending his career in the Corps.

He returned to Cincinnati, attended Xavier University in Cincinnati, obtained a Bachelor of Science in Communication Arts in 1968. He was given the James D. Shouse Award for academic and co-curricular achievement in radio and television broadcasting arts. Mike had interned at a local tv station and began a long and illustrious career in the business, a natural transition from his love of appearing in musicals, operettas and stage plays from grade school through college.

His work as an account manager took him to New York, Dallas and the Chicago, where he met his wife Pat, who also worked in television. They moved to Los Angeles where he was promoted to the West Coast Television Sales Manager. His interests were wide ranging, and he was able to indulge his love of sailing, skiing, all sports, great music, cooking and most of all, travel.

1985 saw him moving to Phoenix to open Channel 45, KUTP for, a huge undertaking that has proved to be very successful. During his tenure he convinced all involved to broadcast Phoenix Suns basketball games on his station, something that has not been done previously. He was incredibly successful in his chosen profession and remained in close contact with his colleagues and friends until he was overtaken by Alzheimer’s.

Mike will be remembered for his kindness, decency, generosity, strength of character, fabulous sense of humor and love for his family, friends and life. He never met a stranger and was welcoming to all he came in contact with.

Mike remained true to his Catholic faith throughout his trials and tribulations and his life will be celebrated at a Memorial Mass at 10:00 AM on Tuesday, January 18, 2022 at St. Francis Xavier Catholic Church, 4715 N. Central Avenue, in Phoenix.

In lieu of flowers, consider donations to the charity of your choice in Mike’s name.
Condolences may be expressed at www.whitneymurphyfuneralhome.com

Offer Hugs From Home Condolence for the family of DURAND, MICHAEL FRANCIS