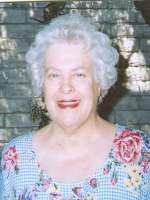 Of Phoenix, Arizona passed away peacefully on January 17, 2011. She was born in Las Vegas, New Mexico on March 28, 1937. At age 5, she and her parents Cecile and John Miller, and brother, John moved to Phoenix. In 1955, she graduated from St. Mary’s High School and in 1958 graduated from St. Joseph’s Hospital School of Nursing. Sherril had a passion for literature and served for several years as a volunteer for the Phoenix Public Library. One of her most cherished pastimes was to read books to her four grandchildren. She is survived by her devoted husband of 51 years, Roger John Eckstein. She was a nurturing mother to her two daughters, Gretchen Ann Matis of Seattle, Washington and Mary Katherine Feiler of Boulder, Utah. Visitation will be from 2:00-4:00pm, Monday, January 24, at Whitney & Murphy Funeral Home, 4800 E. Indian School Road. Funeral Mass will be held at 5:00pm, Monday, January 24 at Brophy Chapel, 4701 N. Central Avenue. Interment will take place at 10:00am, Tuesday, January 25, 2011.

Offer Hugs From Home Condolence for the family of ECKSTEIN, SHERRIL