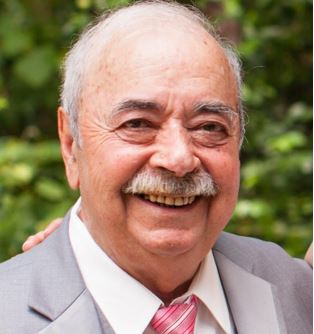 Petros Christos Economopoulos 85, of North Falmouth, MA died on December 16, 2019 in Arizona where he was residing.
Petros was born in Athens, Greece on October 1, 1934 to Christos Petros Economopoulos and Iakovina (Digenis) Economopoulos. Petros’ father moved his family during the German Occupation of Greece in WW2 to his village of Aristomenis in the Peloponnese in order to keep them safe. In October 1944 his father was killed by the Germans while travelling between Kalamata and Aristomenis. The family suffered more tragedy years later when their 12-year-old brother Kostas died in a tram accident.
Due to the family’s hardships their Theo Aristidis who lived in the United States offered to sponsor Petros’ immigration. He immigrated in 1952 and settled in Massachusetts. He was able to work and earn money to send back home to his family in Greece. Petros enlisted and served in the US Army on the front lines of the Cold War in Germany from 1954 to 1956.
After serving in the military, he attended Michigan State and Southeastern Massachusetts Universities to earn an Engineering degree. He worked as a Mechanical Engineer for Honeywell, and WANG Labs.
Petros met Eleni (Canelos) in Brockton, MA and were married for 55 years. They settled in Lexington, MA and raised their two children, Christos and Tashia in the traditions of Greek American customs focusing on extended family and the Greek Orthodox Church. He worked very hard to ensure his children earned a University degree. Petros had many interests, he enjoyed gardening, working on projects around the house, and travelling with his wife. They travelled to England together where he purchased his dream car a Jaguar V12 XKE, then they drove throughout Europe on an extended trip. He became a member of the US Coast Guard Auxiliary and named the boat after his wife, Eleni. We have many fond memories as a family cruising around Boston Harbor together. Petros and Eleni retired and lived happily in Falmouth, MA.
Petros was pre-deceased by his beloved wife Eleni who passed away May 19, 2019 and older sister Dina Boublinis, and younger brother Kostas Economopoulos.
Petros is survived by his son Christos, wife Dena grandchildren Eleni and Petros, daughter Tashia and husband George, his sister Nikoletta Zafirakis, brother Panagiotis Economopoulos and many nieces, nephews, sister in-laws, and brother in-laws.
A viewing will be held at Holy Trinity Greek Orthodox Church at 1973 E Maryland Ave, Phoenix, at 10:00 a.m. on Friday, December 27, 2019 directly followed by the funeral service. An interment will take place Monday, December 30, 2019 at 11:30 a.m. at the National Cemetery in Bourne, Massachusetts on Cape Cod.
In lieu of flowers, the family requests memorial donations be sent to St. George Greek Orthodox Church in Centerville, MA. or Holy Trinity Greek Orthodox Cathedral in Phoenix, AZ.

Offer Hugs From Home Condolence for the family of ECONOMOPOULOS, PETROS CHRISTOS