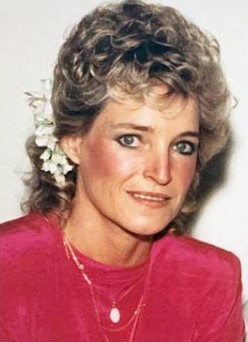 Christiane (Lentsch) Eisele was born just-outside of Paris, France on December 6, 1937. Christiane was the essence of what a Sagittarian is—the fire sign—which is unlike any other sign of the zodiac. She was totally unique. Her blend of passion, curiosity, and intensity was extraordinary. She thrived on learning new things and exploring new places. Her quest for knowledge was boundless and she was a voracious reader. To read 50 books in a year would be a “light reading year” for Christiane.

Christiane grew up in Paris during the German occupation. That experience of not having an abundance of food or other necessities helped to form her drive, determination and perseverance. Her first encounter with an American GI was at the top of a basement stairwell one day after the “All Clear” air raid siren had sounded. He handed her something that was wrapped and then pointed to his mouth.  Christiane placed the wrapped object into her mouth, started chewing, then swallowed it—wrapper and all. That turned out to be her very first taste of chewing gum.

Christiane was extremely bright. Her knowledge of European history was extraordinarily deep. And when she wasn’t studying for one of her classes at the Sorbonne in Paris, you might have found her singing in one of the jazz clubs on the Left Bank. Her collection of classical music was extensive, with hundreds upon hundreds of classical LP’s in her footlockers. However, her true love was Billie Holiday. Christiane’s record collection may include every LP ever recorded by Billie.

It was in one of those jazz clubs where Christiane met her first husband Mac—who was in the U. S.  Army. Towards the end of his deployment in France, they married, returned ‘to the States’ and settled in New York City. It didn’t take long for Christiane to become employed by one of the largest law firms in America where she became one of their lead translators due to her extensive language skills. Several years later, one of the executives at Pan American Airlines spotted Christiane and offered her a ‘plum job’ in PanAm’s private Sky Club at JFK Airport.

Eventually, Christiane moved to Phoenix where she became employed by Trans World Airlines (TWA). It was about that time when Christiane met and then married Edward Eisele. During and after their marriage, Christiane and Ed travelled the world, seeing some very wonderful places in more than 40 countries. And when she wasn’t working or travelling, Christiane always made time to volunteer her time to help women-at-risk as well as those who were hungry via “Meals on Wheels” at the Salvation Army.

One of Christiane’s many beautiful qualities was her clear understanding of who she was—whether in an animated conversation with King Abdullah & Queen Reina in Jordan or bartering with a street hustler in Marrakesh or Istanbul. Christiane was very comfortable in either setting and was always able to—very quickly— get on the other person’s wave length. A true gift.

Christiane Eisele—a very special human being who added real value to our world by her presence and will now be greatly missed by everyone who knew her. Truly an exceptional lady!

Offer Hugs From Home Condolence for the family of EISELE, CHRISTIANE (LENTSCH)