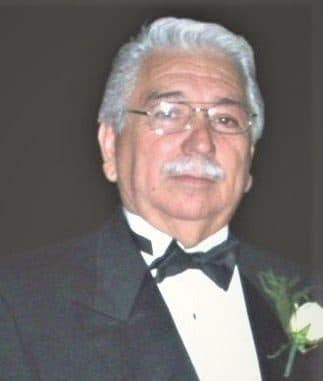 Juvencio Hector “Juve” Elizalde entered our Lord’s Heavenly Kingdom on Friday, February 19, 2021 at the age of 76 in Phoenix, Arizona.
Juve was born in Laredo, Texas on April 28, 1944. He graduated from Martin High School in Laredo and went on to obtain a bachelor’s and master’s degree to become a master mechanic. He was also a teacher at Nixon High School and at Martin High School. He had also been Assistant City Manager of La Joya, Texas. Juve had a big Texas personality. In school he was a chess champion and a class clown. He was well known for his generosity, lively spirit, intelligence, kindness, humor and infectious laughter. He had many jokes and stories. He loved talking about the days when he raced cars. He was a loving and devoted husband, father, grandfather, son, brother and friend. He gave generously of his time and support to help meet the needs of many, many people. He was also a man of great faith. Juve and his wife retired to Phoenix, Arizona in 2016 to live near his beloved daughter Aixza and dear son-in-law Hubie.

A funeral service is to be held on Saturday, March 6, 2021 at 10:00 AM at the Whitney & Murphy Funeral Home located at 4800 East Indian School Road, Phoenix, Arizona 85018.  Due to Covid-19 restrictions this service will be limited to close family. We ask that you pray for Juve’s eternal rest. You can send your condolences in care of Azeneth Elizalde, 16819 S. 27th Avenue, Phoenix, Arizona 85045. A Funeral Mass will be celebrated at a later date in Laredo, Texas.

Offer Hugs From Home Condolence for the family of ELIZALDE, JUVENCIO HECTOR “JUVE”