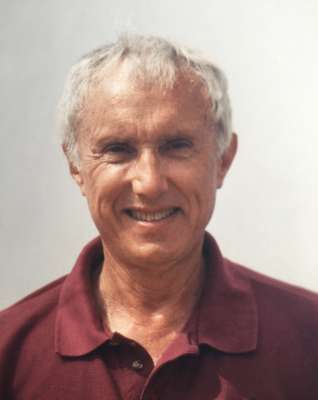 LeRoy Ellison, age 80, died at home in Paradise Valley on March 29, 2017, surrounded by loved ones. The son of Francis Robert and Mary Alberta (Marley) Ellison, LeRoy was born in Boise, Idaho on November 19, 1936. He spent his boyhood in Idaho, Alaska, and Wyoming, where he earned Eagle Scout ranking, was his high school valedictorian, and played clarinet in the marching band. A brilliant student, he attended Harvard College (‘58) on a full academic scholarship and earned an AB with honors in mathematics. There he also met his lifelong soulmate and wife-to-be, Kate Morrow (Haggie) Ellison, then a freshman at Radcliffe College. After moving to Phoenix in 1960, LeRoy became a computer pioneer and early leader in the Arizona high-tech and entrepreneurial communities. In 1970, he co-founded and became CEO of Capex Corporation, one of the first “un-bundled” software companies.  After Capex was acquired in 1982, LeRoy worked in venture capital consulting and helped lead a series of software companies, including Phoenix-based Viasoft, Inc., where he served as CEO and chair. He also held the inaugural post of Entrepreneur-in-Residence at ASU Business School and was a director of Republic National Bank. LeRoy was an active community volunteer, especially concerned with the environment and supporting entrepreneurship to foster a robust, diversified economy in Arizona. He launched one of the Valley’s first carpool campaigns; served on the city commission that crafted Phoenix’s first sign ordinance; and was a member of Phoenix’s Environmental Quality Commission. He co-founded the Arizona Enterprise Network and served as president of the board of Valley Forward. He also served as chair of The Nature Conservancy – Arizona, president of the board of Crisis Nursery Foundation, and capital campaign chair for Phoenix’s Nina Mason Pulliam Rio Salado Audubon Center. An avid hiker and nature photographer, LeRoy loved the American West, but he and Kate traveled widely to see some of the world’s most extraordinary natural places, often with close friends or family. In retirement, the couple made Pagosa Springs, Colorado their summer home. An enthusiastic foodie, LeRoy enjoyed cooking with and for his family and friends. In his leisure time, he loved listening to and playing music and dabbling in number theory. LeRoy was gregarious—he delighted in cracking jokes and making puns, especially to his children and grandchildren. A true autodidact, LeRoy dazzled everyone who knew him with his ability to retain and explain nearly everything he ever read or studied, no matter how complex the subject—a talent that he put to good use when his Phoenix grandchildren came to him for tutoring in such subjects as AP Calculus, AP Statistics and AP Chemistry.

A Funeral Service for LeRoy and reception will be held at 2:30 pm on Friday, April 21st, 2017 at St. Barnabas on the Desert Episcopal Church, 6715 N. Mockingbird Lane, Paradise Valley. The family requests that in lieu of flowers, donations be made to The Nature Conservancy – Arizona or Audubon Arizona. Powered by Kate’s love, LeRoy was a magnanimous self-made man, an unfaltering mentor who constantly sought ways to help family, friends, colleagues, and others be their best selves.

Offer Hugs From Home Condolence for the family of ELLISON, A. LEROY