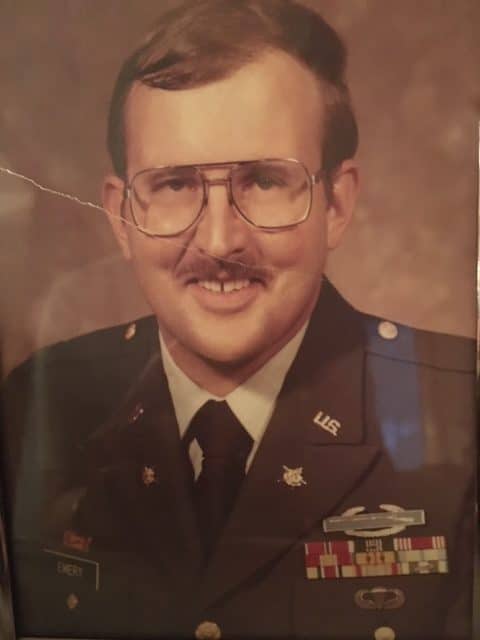 James V. Emery of Phoenix passed away suddenly and unexpectedly on August 11, 2020. He was born in Glendale, California, on November 10, 1950, and moved to Arizona as a precocious child in 1956. After graduating from Arcadia High School in 1968, he enlisted in the U.S. Army and subsequently attended Jump School and Officer Candidate School at Ft. Benning, Georgia. As an officer in the 82nd Airborne Division, he served his country in Vietnam.

Once Jim (aka “Airborne”) returned home, he enrolled in Arizona State University, became a proud member of Sigma Chi fraternity, and earned his undergraduate and law degrees from ASU. Meanwhile, he continued to serve in the Army Reserve, primarily in Military Intelligence (which we contended was an oxymoron), and while awaiting the results of the bar exam, Jim attended the Command and General Staff College at Ft. Leavenworth, Kansas. (And, no, not the penitentiary!)

Jim possessed a keen intellect and a wicked sense of humor. He was a voracious reader and student of history. He was a big man with an even bigger heart, but he did not suffer fools gladly.  Jim loved his family and friends, boxer dogs, cats with personalities (good or bad), an epic joke (clean or otherwise), a good Irish, or Scotch whisky and his pick-up truck, although not necessarily in that order.

He was preceded in death by his parents, James Van Emery and Shirley (Gray) Emery as well as his grandparents, aunts, and uncles. Jim is survived by his sister and brother-in-law, Shirlee and John Blount of Flagstaff, Becky, and Bill Montgomery, Will and Maddie of Chandler, plus numerous friends, Army buddies, his Sigma Chi brothers, and drinking pals. We are comforted and gratified by the outpouring of love and support by friends from all phases of his life.

Because of the current restrictions due to COVID-19, no memorial service is planned at this time. For now, please just raise a glass to Jim.

According to his wishes, Jim’s final resting place will be the Southern Arizona Veterans’ Memorial Cemetery in Sierra Vista, Arizona.

Donations in Jim’s memory may be made to Arizona State University SANDRA DAY O’CONNOR COLLEGE OF LAW at (480) 965-3096. Jim has established a scholarship in his name, which will aid law students and with a preference toward veterans.