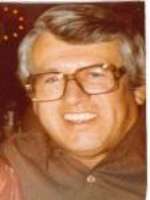 82, a native of Phoenix, Arizona was born July 14th, 1931.  He graduated from Phoenix Union High School.  Champi served in the United States Air Force and retired from the U.S. Post Office

after 34 years.  Champi was a loving family man who enjoyed comedy, country music and was an enthusiastic sports fan.  One of his favorite sports was boxing and he was a New York Yankees fan.  He is survived by his loving wife of 57 years Jennie Enriquez, son Daniel Enriquez, daughters Diana Lopez, Lillian Rodriguez and son in law Emilio Rodriguez, Jr.  He has 8 grandchildren, 6 great-grandchildren, loving aunts; Henrietta Delvalle, Carmen Burell, Marylou Linares and loving nephews and nieces.  Champi passed away peacefully at his home with his family by his side.  Visitation will be held from 10:30-11:30am with a Funeral Service at 11:30am, Wednesday, December 18th, 2013 at Whitney & Murphy Funeral Home, 4800 E. Indian School Road, Phoenix.  Interment will be at 1:00pm, Wednesday, December 18, at the National Memorial Cemetery of Arizona, 23029 N. Cave Creek Road, Phoenix.  The Enriquez family is grateful for all of Champi’s caring family and friends.  They would also like to thank and acknowledge Banner Hospice of Phoenix.

Offer Hugs From Home Condolence for the family of ENRIQUEZ, CAESAR “Champi”