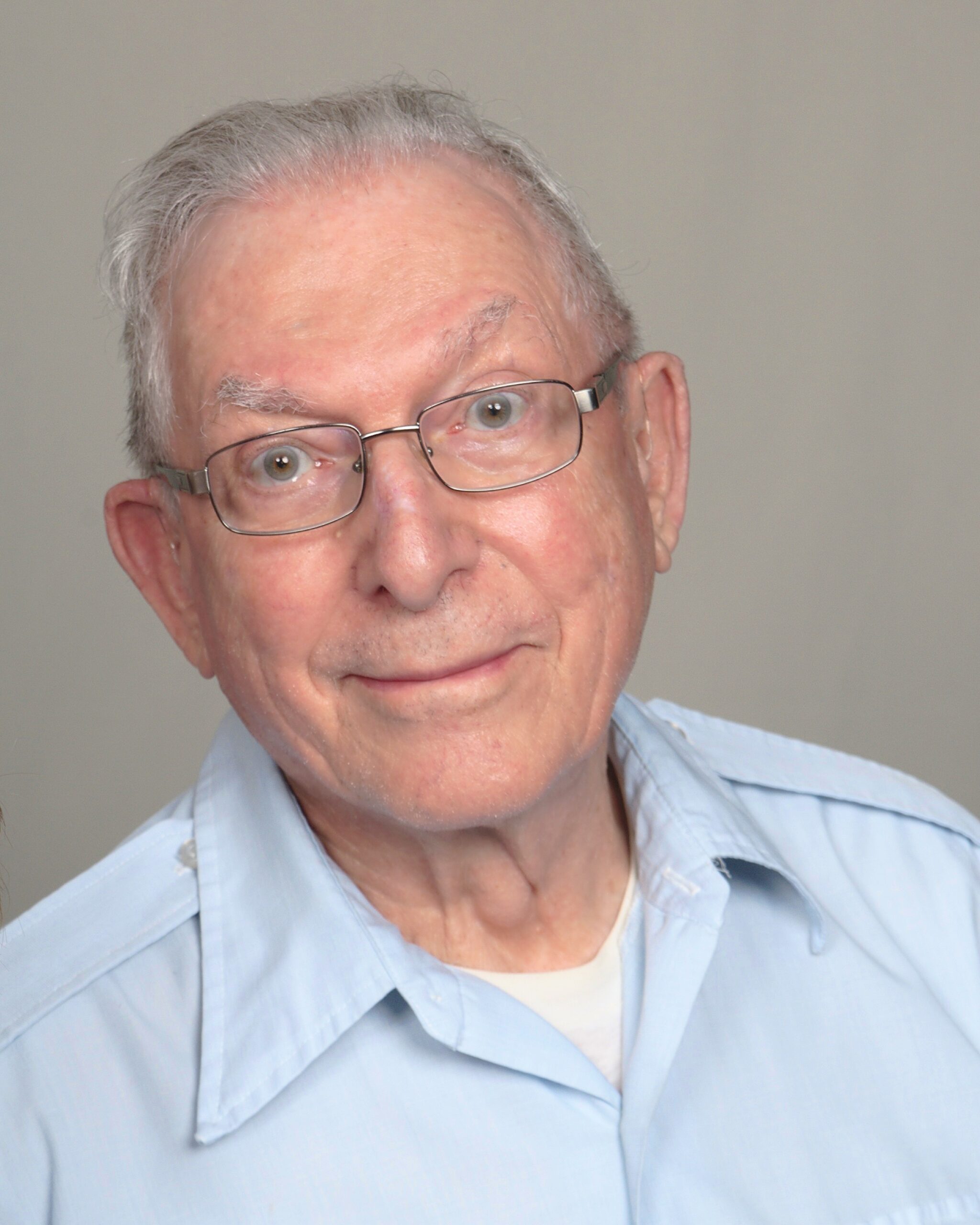 Pat was deeply loved by his family throughout his life.  He was a strong and driven man, determined to provide for his family and give them the life he felt they deserved.  Pat’s devoted family meant the world to him. He was a pillar of support and love right up until his final days, when he finally relied on them.

After graduation he landed his first job in 1944 at Grumman (now Northrop-Grumman), as an Aircraft Flight Test Engineer.  In his storied 45-year career, he managed to work for 13 different aerospace companies, as an aerospace engineer and manager.  His proudest career endeavor was his contribution to the Apollo Space Program in the early 1960’s.  Notably, he was the Project Manager for The Mechanical Man (capsule automation) Proposal and Assistant Project Manager of the Automatic Check-out Equipment (ACE) for the Apollo Command Module (CM).  Following that, he was inducted into the U.S. Space Worker Hall of Honor (read details in the link).

In 1963, while working in Belgium, Pat met the woman he would stay married to for his final 57 years, Pauline Martin.  They wed that same year and went on to have Katherine, Robert and James.

Pat was very proud of his children (Lance, Kathy, Rob and James); and cared deeply for his adoring wife, Pauline.  He persistently ensured that his children were educated and successful, and he considered this of paramount importance.  None disappointed and he was proud of all his children.

Pat was passionate about travel, an interest he shared with Pauline.  This was important to him and he did it for most of his life.  He lived many places around the world.  Most notably was his time in Belgium for work. Another favorite time for Pat to recall was when he moved the family to the Outback of Australia, also for work.  He recapped these events in his life frequently with many fond memories!

Anyone who knew Pat knew him as a loving father, husband and sibling.  His stories were vast and engaging as others would always say how they loved to listen to them.  Pat was predeceased by his siblings, Milton, Ruth and Annette. He is survived by his wife Pauline, daughter Kathy, sons Lance, Rob and James, grandchildren David, Jason, Anna and Sarah; great grandchildren, Colton, Brooke and Ashlyn; and Pat’s brothers Howard and Dwight.

The family requests that instead of flowers, please donate to the U.S. Space Worker Hall of Honor in the name of Preston Erlick, details for donating are at the top right corner of the page.

A Memorial Service will be held on Saturday, November 7, 2020 at 11:00 A.M. at Whitney & Murphy Funeral Home, 4800 E. Indian School Rd., Phoenix. For those who are unable to attend, this service will be live streamed and can be viewed at  https://www.facebook.com/WhitneyMurphyFH/live/  . Condolences and Hugs from Home may be expressed on Whitney & Murphy Funeral Home’s website.

Offer Hugs From Home Condolence for the family of ERLICK, PRESTON “PAT”