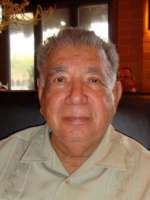 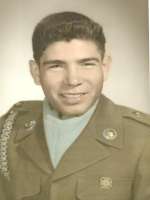 Passed away peacefully on September 11, 2011 at Banner Good Samaritan Hospital. He was born in Phoenix, Arizona on December 2, 1935. He served in the United States Army after graduating from Phoenix Union High School. He married Carmen Araiza on July 16, 1967 in Phoenix, Arizona and they were married for over 44 years. After they were married, Adolfo graduated with a Bachelor of Science in Accounting from Arizona State University. He remained a Sun Devil fan long after graduation. His accounting career included service in the banking industry for over 20 years and the Arizona Department of Education where he retired. Adolfo is preceded in death by his mother Eldemira Mendoza Esparza and his brother Robert Mendoza Esparza. He is survived by his beloved wife, Carmen, his daughters Theresa Esparza and Lisa Esparza and son David Esparza. He is also is survived by several nieces and nephews in addition to great nieces and nephews. He will be remembered as a loving husband, father and uncle and will be greatly missed. Visitation will be held from 6-9pm, with a Prayer Service at 7pm, Sunday, September 18, 2011 at Whitney & Murphy Funeral Home, 4800 E. Indian School Road, Phoenix. Funeral Mass will be held at 9:30am, Monday, September 19th at St. Gregory Catholic Church, 3424 N. 18th Avenue, Phoenix. In lieu of flowers you may make donations to the American Diabetes Association – Arizona Chapter.

Offer Hugs From Home Condolence for the family of ESPARZA, ADOLFO MENDOZA