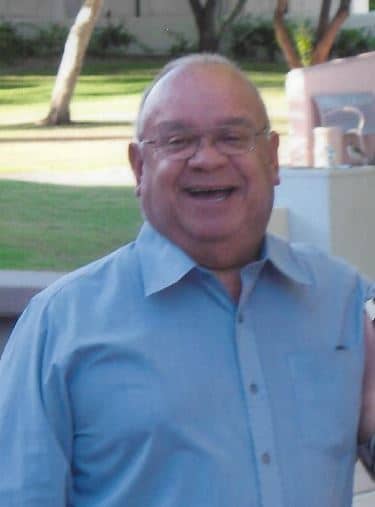 Leonardo Tito “Lennie” Estrada, born November 7, 1949, passed away on August 27, 2021. He was born in Havana, Cuba, to Tito Estrada and Francisca Garcia. After graduating from high school in Havana, he worked for Chrysler Air Temp holding the position of trouble shooting technician. At the time of the revolution against Bautista, Lennie joined Castro’s armed forces as a guerilla fighter. Later, after he had risen to the position of an Under Secretary Post for the Governor of Havana, Lennie realized that the policies they were implementing were not the principles for which he had fought. He asked the Cuban authorities for permission to leave the country and was instantly branded as a traitor. In order to avoid assassination, he was forced to hide for 45 days in the far reaches of his uncle’s ranch. During this time, his father struggled to get the necessary paperwork that would allow Lennie to leave Cuba. Lennie survived this time of exile with the aid of a rifle, a sack of beans and a sack of rice. Finally, Chrysler Air Temp was able to arrange a flight for him to Jamaica. While Lennie waited at the airport to board the Jamaican bound flight, he sat with his back against the wall, fearing there was still the possibility he could be shot before he was able to leave the country. Lennie lived in Jamaica for two years and then decided to go to the United States of America and flew to Florida.
After living in Miami, Florida for a few months, he decided to move to New York City. Not totally understanding the U.S. Highway system, he decided to follow a Grey Hound bus all the way to New York. Not totally understanding the U.S. Highway system, he decided to follow a Grey Hound bus all the way to New York. Once again restless, Lennie found his way to Saskatchewan, Canada in the dead of winter – a big mistake for a Cuban who loves the warm weather! Seeking warmer weather, he got in his car and traveled south, to Mexico through Central America, South America and all the way to the Atacama Desert in Chile. There he crossed over the Andes and wound up in Uruguay where he sold his car and flew back to New York.
Realizing the United States Army was about to draft him, Lennie signed up with the Army and volunteered for the Army Medical Corp. He was stationed mainly in Monterey, California and Germany. While in Germany he often was flown to Vietnam to help identify fallen U.S. Soldiers so they could be returned to their families.
Upon his return to the United Sates, he married and happily welcomed his daughter Odette into the world. He proudly became a naturalized American citizen and subsequently completed college with a degree in Risk Management/Safety Engineering.
Later, after entering the single world again, Lennie was introduced to Marilyn Fitz-Randolph by a neighbor and knew immediately that this was the woman he would marry and remain with for the rest of his life. And, so he did. The two of them shared interests in music, the theatre and travel. During their 26 years together they traveled to 6 of the 7 continents, the exception being Antarctica. Lennie still had an aversion to cold weather and would not make that trip. Marilyn, being the adventurer she is, made the trip alone.
Lennie is preceded in death by his parents. He is survived by the love of his life, Marilyn, his daughter, Odette (Frank) Schafer, step-daughter Malone (Tom) Normandie, grandson Brian Patton, step-granddaughter Michelle (Brandon) Sooter, one great-grandson, three great-granddaughters, brother and sister-in-law Tony and Leeann Astemborski, multiple nieces and nephews, wonderful neighbors and countless friends. All who loved him dearly.
Lennie’s family wishes to sincerely thank the medical staff and all other personnel of the Phoenix VA Hospital, especially the Covid ICU Unit, who took such good and loving care of him during the last few weeks of his life. Thank you from our hearts. Condolences may be expressed at www.whitneymurphyfuneralhome.com

Offer Hugs From Home Condolence for the family of ESTRADA, LEONARDO TITO “LENNIE”