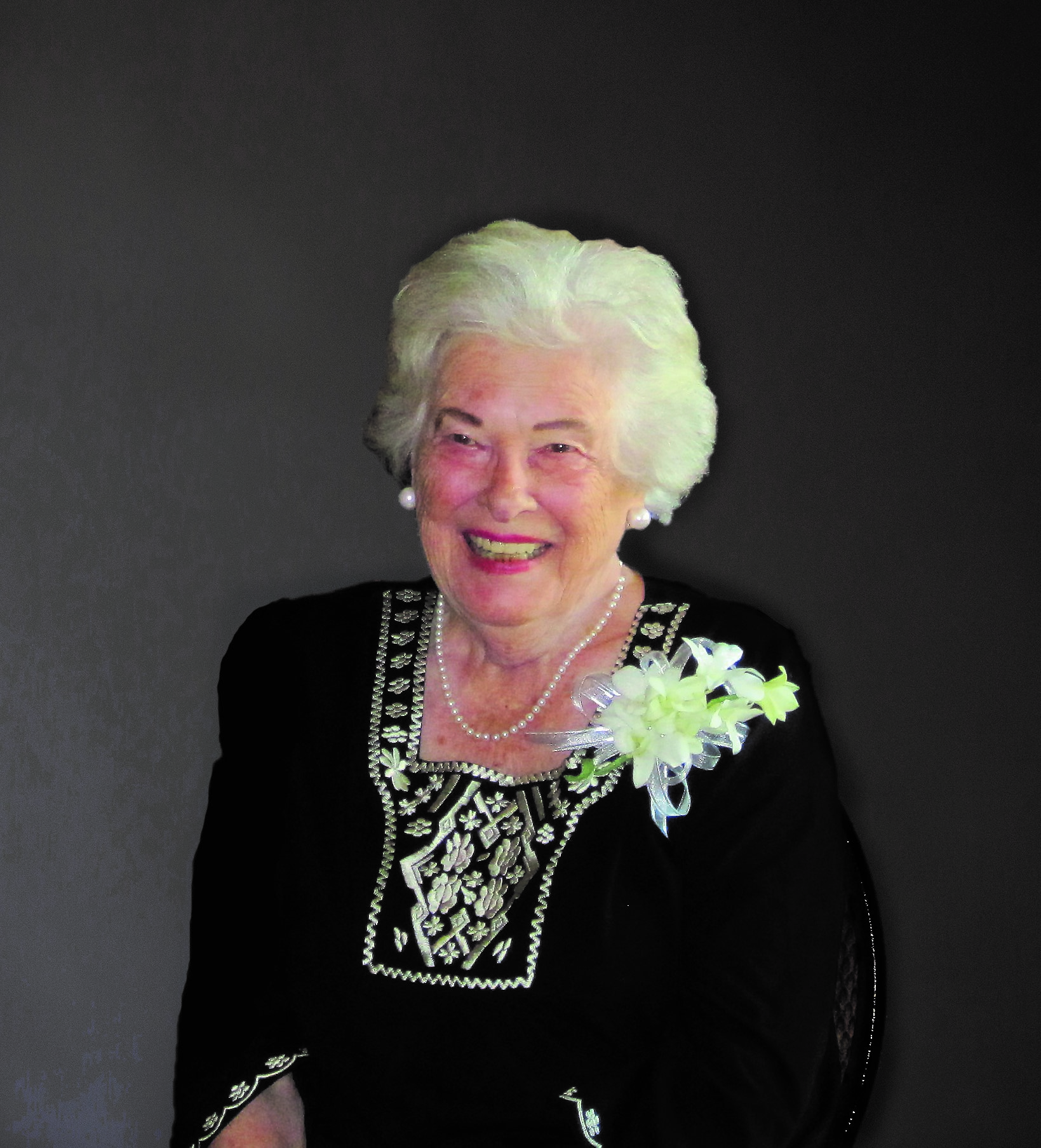 Arlouine E. Evans passed away on August 22, 2017. Born July 24, 1920 in Ottumwa, Iowa, Arlouine spent much of her childhood in Iowa. She attended the University of Iowa and graduated in 1943 with a degree in social work. In her early adult life, she found a passion for volunteer work, specifically helping the soldiers of WWII. Arlouine married a long-time friend, John E. Evans, on November 11, 1953. They lived in Missouri until John’s career moved them to Phoenix, where they adopted and raised 2 children, Ann and John Evans. Arlouine was widowed in January, 1986 and missed her husband of 33 years every day thereafter. However, she found joy in time spent with her children, friends and carrying on with her volunteer work. She became a grandma at the age of 80 and enjoyed nearly 17 years with her 2 grandchildren, Jake and Nick. She was a very proud mother and grandmother and would proudly tell everyone about her wonderful life. Her sense of humor brought laughter to all who knew her and the stories she shared will be repeated over and over as her family recalls the moments spent with her. Arlouine will live on in the hearts of her children and grandchildren. She will be greatly missed, but she left her family with a solid foundation of strong moral values. She is survived by her son John Evans and wife Lori Evans, 2 grandchildren Jake and Nick of Scottsdale, AZ, daughter Ann Smith and husband, Russ Smith of Phoenix, AZ, nephew Jeff Ellerbrock and wife Barbara Ellerbrock of Loudon, TN. She is preceded in death by her husband John E. Evans, her father and mother Fredrick and Ella Ellerbrock, as well as her brother Kemp Ellerbrock. In lieu of flowers, please contribute to Catholic Social Services. Funeral Mass will be celebrated at 10:00 am, Thursday, August 31, 2017 at St. Theresa Catholic Parish, 5045 E. Thomas Rd., Phx. Burial will follow at St. Francis Catholic Cemetery at 2044 N. 48th St., Phx. Arrangements entrusted to Whitney & Murphy Funeral Home.

Offer Hugs From Home Condolence for the family of EVANS, ARLOUINE E.