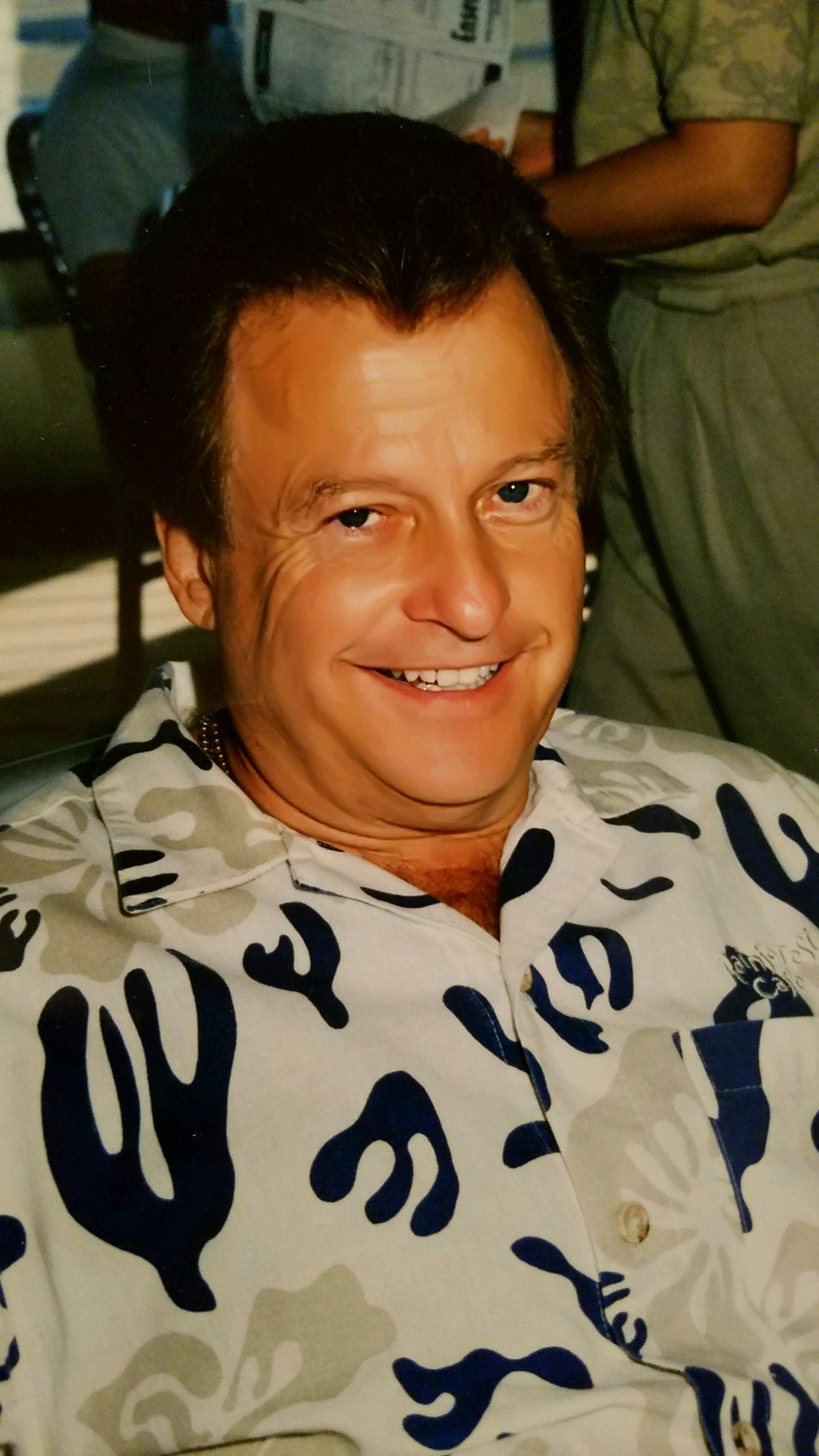 Weary of reading obituaries noting someone’s courageous battle with death, Tad wanted it known that he died as a result of being stubborn and raising hell for more than seven decades.
Tad Forbes Evans, 74, of Glendale, Arizona, was born on February 13, 1943. He kicked the bucket, bought the farm, and ate his last barbeque rib on February 8, 2018. Tad sometimes did things a little backwards. Married for 37 years to Connie (Larson) Evans, he is also survived by what he always deemed his three favorite people; his grandson, Mark Anthony Malone, 28, of Austin, Texas; his grandson Samuel James Malone, 27, of Glendale, Arizona; and his granddaughter, Mollie Nicole Malone, 25, of Glendale, Arizona. He was semi-fond of his own children, Diane Evans-Bjorem (Mark) and Brett F Evans, also of Glendale. Born in Cleveland, Ohio, he was the son of the late Harry DeWitt Evans and Marjorie Jane (Forbes) Evans of Casper, Wyoming. Raised and educated in Casper, he was escorted off the grounds of Natrona County High School, Class of 1961. Deciding he was sick of shoveling snow, he researched the warmest place on earth and moved to Phoenix where he graduated from Arizona State University, earning degrees in Business and Journalism. He was a true, loyal Sun Devil until his final day and only spoke to certain Wildcats.
He began his career at Transamerica Title after graduation, remaining in the title business until his retirement. He claimed this industry was, hands down, the most stressful line of work there was and when home in the evenings, demanded quiet time in his house as he watched Archie Bunker, Gunsmoke and M.A.S.H. reruns.

Tad lived life in his own way. He held sweet memories of the times he spent at “Camp Cheebrokus,” the cabin he built in Forest Lakes, Arizona. Because of his wicked peanut allergy, he donned welding gloves and gardening masks to place handfuls of peanuts out for the squirrels and birds every morning while there. He was notorious for his work ethic, love of cars and wild women. He was a brilliant, mechanically gifted man, house fixer-upper, and was always inventing new, colorful curse words. Tad’s many talents included repairing cars and motorcycles, riding his Harley, barbequing and hanging around the fire pit.

He was a rabid fan of the Sun Devil and Arizona Cardinals football teams, long before it was fashionable. He almost found himself divorced after buying season tickets to the Phoenix Suns in 1969 without checking with the boss. Tad loved to ride his Harley Davidson, but carefully towed it to Sturgis so as not to get any rock chips or scratches. His favorite holiday was the 4th of July and enjoyed taking the family to San Diego every summer to watch the girls in bikinis walk by. He was fiercely proper, possessed a small amount of obsessive compulsive disorder, and carried Windex and rubber gloves with him at all times. He was a hard-working man, loyal, silly, kind, gentle, respectful and incredibly generous. He enjoyed booze, cars, guns, and wild women until the day he died.

Offer Hugs From Home Condolence for the family of EVANS, TAD FORBES