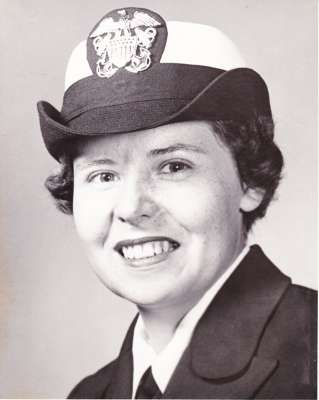 Faye Elsie Fahy, of Phoenix, Arizona, passed from this life on May 31, 2017, at the age of 93. Faye was a nurse, an officer in the US Navy, and a mother, grandmother, and great-grandmother.

Faye was born to Rudolph and Laura Fisher, in Northcote, Minnesota in 1923. Until she reached early adulthood, Faye and her family lived in a home without electricity or running water. After graduating from Hallock High School in Hallock, MN, Faye attended nursing school. She spentd the next decade-and-a-half as a nurse in Hallock. In June, 1956, she joined the Navy, continuing her career as a nurse, and moved to San Diego, CA. During her time in the Navy, Faye met her husband-to-be, Commander Richard T. Fahy (Dick), USN. She left the Navy when she married.

Faye became a mother not gradually, but instantly, to the 4 children of Dick and his late wife, Julia: Mary, Thomas (Tom), Joseph Patrick (Pat to his siblings, Joseph to others), and William (Willie or Bill). She had two children of her own, Richard (Richie or Rich), and Margaret (Margie). Motherhood was a role she cherished, and she would happily tell anyone she met how proud she was of all her children, grandchildren, and great-grandchildren.

Faye’s life was defined by her time as a nurse, and her time as a mother; they were the roles she spoke of most proudly throughout her life, most especially in her last days.

Faye, Dick, and family moved from San Diego to Ft. Omaha, NE, where Richard and Margaret were born. The family lived briefly in Waltham, MA, and moved to Phoenix in 1965. Faye lived until the end of her days in the home they bought together in 1966.

Faye was preceded in death by her parents; her husband; her brothers and sisters Marie, Ethel, Roy, Robert, and Harry; and her oldest step-child, Mary. She is survived by 5 of her children; her brother, Michael; by numerous nieces, nephews, grandnieces and grandnephews; by 9 grandchildren; and by 11 great-grand children.

Offer Hugs From Home Condolence for the family of FAHY, FAYE ELSIE