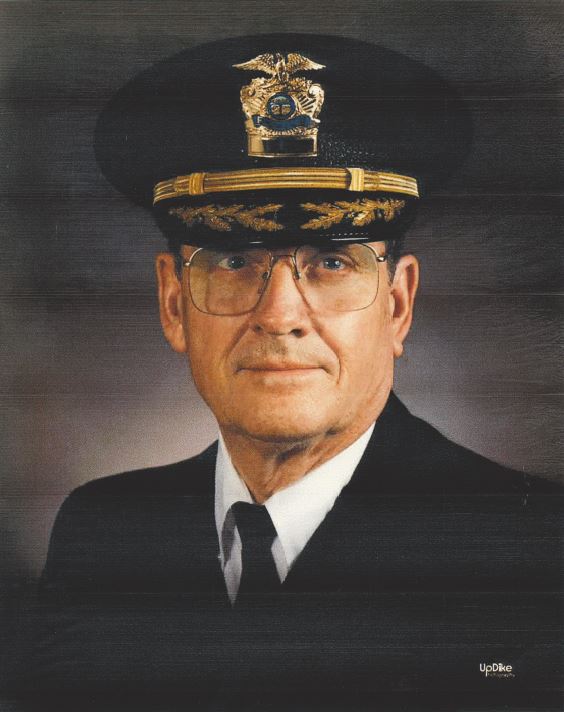 Arthur Fairbanks, 94, passed away peacefully on April 9, 2019, joining his beloved wife of 72 years, Wilma, in their eternal reward.
Born December 19, 1924 in Baltimore, MD, Arthur Jr. moved to Phoenix, AZ as an infant with his mother, Jo O’Donoghue, an Irish immigrant and his father, Arthur F. Fairbanks Sr., a WWI Veteran. Young Arthur worked as often as possible as a boy to help support his family during the lean years of the Great Depression.
Art met high academic standards at Saint Mary’s High School, as a high school senior, he enlisted in the Army Air Corps and left for boot camp a few days after graduation. After training, on his way overseas, he met a beautiful young Wilma Blinde, at a USO dance in Lincoln, Nebraska. They wrote each other often during the war. Arthur was assigned to the 815th Bombardment Squadron of the 15th Air Force stationed near Foggia, Italy as a flight engineer and a top turret gunner on a B-17.
After completing 35 combat missions over Europe, he returned safely to Wilma. They were soon married and settled down in his hometown, Phoenix. At the age of 20, he was hired by the Phoenix Police Department and assigned badge 82. His first assignment was a walking beat in the “Deuce”, a tough area in downtown Phoenix. Later, he served as the President of the local Fraternal Order of Police, which actively promoted the working conditions, benefits and pay of police officers. Art rose to the rank of Assistant Chief of Police and retired from Phoenix Police in 1968, to accept the Police Chief’s position in Yuma, AZ.
Arthur then returned to the Valley to serve as Police Chief in Tempe, Arizona for 18 years. In his 43 years of Arizona Police work, Arthur tirelessly worked to improve the professionalism, effectiveness and training of Police Officers. He believed in strong discipline and he was an innovator who tried new approaches to policing. Art earned many honors for his career in Police work. He received a Bachelor’s degree from Saint Mary’s College. In addition to his police work, he was an active member of the Tempe Rotary Club, the Tempe Diplomats, the Knights of Columbus, American Legion and several other community service groups.
Art’s life was built around his family, his profession and his Catholic faith. He was well known for telling his many police and military stories with great humor and sharing his Irish jokes with his many friends and family members. He would want us to remember him with a smile and perhaps by retelling a few of his many stories.
Art is survived by his children Frank (Ruth), Damian, Mary McGeever (Kevin), Tim (Julie), Barbara Ryan (Steve), Theresa Anderson, and Dan (Therese) and by 19 Grandchildren and 29 Great Grandchildren. He has joined his wife, Wilma, his daughter, Beth, his son, Thomas, and his sisters, Eileen, Madge and Mary Jo., who have preceded him in death.
Visitation will be held at Whitney & Murphy Funeral Home, 4800 E. Indian School Road, Phoenix, on Friday, May 3, 2019 from 6:00 pm to 8:00 pm with Rosary Prayers at 7:00 pm. The Funeral will be celebrated at Saint Mary’s Basilica, 231 N. 3rd Street, downtown Phoenix on Saturday, May 4, 2019 at 10:30 am. The committal service will be at Queen of Heaven Cemetery in Mesa at 9:00 am on Monday, May 6, 2019.  Condolences may be expressed at www.whitneymurphyfuneralhome.com

Offer Hugs From Home Condolence for the family of FAIRBANKS, ARTHUR