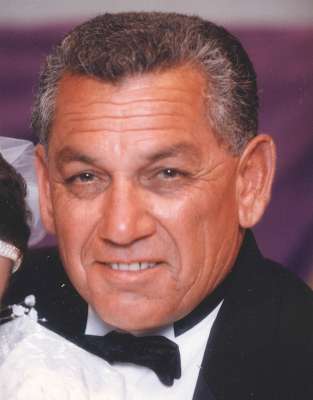 Gerald was born on September 9, 1939, in Phoenix, AZ, to Ada Guzman  Loustaunau and Raymond Loustaunau.  His name was changed to that of his stepfather, Harlow Farr when he was 7.

Jerry was a truly amazing man.  To say he set the gold standard for a preferred work ethic is not an over-statement.  He believed, and taught his children and grand-children, that you should “give an hours work for an hours pay.”  He led by example.  He wouldn’t tell you to do something…he would show you how it should be done.

He worked to help his single Mom and baby sister from a very early age. A huge Arizona Republic paper route, or stock boy at A.J. Bayless…wherever he worked he was a cherished employee.  At 16 he went to Alaska for a summer where his uncles were working on the DEW Line.  They dropped Jerry off on a street corner in Fairbanks.  He found a rooming house to live in and a job with a furrier in town, by nightfall.

Jerry joined the Carpenter’s Union after high school and completed their 4 year Apprenticeship Program and was on his way.  He could always make his grandsons laugh by pointing out all the subdivisions and buildings he had worked on when they were driving somewhere.  In 1976, he took the test for a Framing Contractor…without studying…passed it and began GDF Construction Co.

In 1961, he met Sharon Bassett at a local Country Western dance and they were married 4 months later.  Their inside joke was that everyone gave the marriage 6 months…they were married 53 years!  From that point on, almost everything they did, they did together.  When they were married, the draft was still looming so Jerry joined the United States Air Force.  After finishing Tech School, he noticed that hardly any other airmen were applying for Davis Monthan AFB in Tucson, AZ.  He said they were all imagining barren deserts and hotter than oven temperatures there.  So he applied and spent most of his 4 years there, spending weekends in Phoenix  visiting Sharon’s parents and Perry, his brother in law Perry, who he considered a brother. They were as close to him as they were to Sharon.  Many great meals were shared and laughter always filled the air wherever he was.  Many, many of those weekends were spent travelling around the state competing in the Arizona rodeo circuit…his events being Bareback Riding and Saddle Bronc Riding.  This was his sport until Sharon announced that their second child was on the way…and he said it would be hard to swing a hammer if he had a cast on his arm, so he hung up his spurs and turned to golf.  But not before the noted woman rodeo photographer, Lousie Serpa, captured the famous image 0f him coming out of the chute on a horse called “Widowmaker.” The horse is standing straight up…Gerald (as known in the rodeo crowd) was in perfect position to “mark the horse out.”  His right hand in the hand hold and the left hand in the air…but hardly anyone knew his left hand was in a cast!

Jerry was the beloved father of two daughters, Heather born in 1965 and Missy in 1967.  Nothing in this world compared to the joy and love these girls brought to him.  Until his 3 grandsons, Dalton, Riley and Cameron came into the family.  Golf was the center of activity in the Farr household.  He and his girls spent countless hours at Papago Golf Course… practicing, having putting contests, playing and just have the time of all of their lives!  It was an amazing, precious time that really can’t be put into words. Heather went on to be the top Arizona woman golfer, the #1 recruit for college golf and onto the LPGA tour.  Missy followed right behind with all her sisters’ accomplishments, but chose coaching instead of the tour.  She is the Associate Head Women’s Golf Coach at ASU.

It would be impossible to explain the happiness that Jerry had spending time with Heather, Missy, Dalton, Riley and Cameron.  Their sport was always his sport…be it football, basketball or whatever the sport of the day was.  He never missed their games or tournaments.  It was his #1 priority…they were his #1 priority. He was so ingrained into the fabric of their lives that he will be an influence in their lives forever.  He is with Heather now…until we’re all together again.

Donations collected will go toward a bench in Memory of Jerry at his beloved Papago GC in Phoenix, where he introduced Heather and Missy to golf.

Offer Hugs From Home Condolence for the family of FARR, GERALD D. “JERRY”