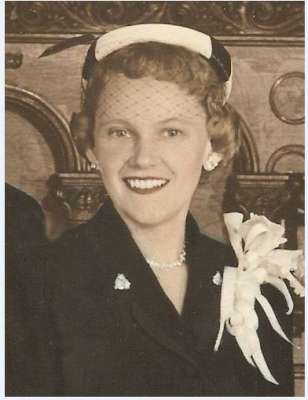 Iva Lee Faulds, 89, of Phoenix, passed away peacefully on April 5, 2016.  Iva was born on May 14, 1926 in Cleveland, Ohio, to Elsie and Guy Knight.  After graduating from Shaw High School, Iva attended Ohio State University and graduated from Germantown Dispensary and Hospital with a nursing degree.  Until her retirement in 1988, Iva worked as a registered nurse, including 20 some years in the emergency room at St. Luke’s Hospital.  On September 9, 1947, Iva married Malcolm Leon Rush.  Two years later, her first son, Malcolm Jeffrey, was born.  Several years after the death of her first husband, Iva married John Hanlon Faulds on January 21, 1956.  John and Iva celebrated their 60th anniversary this year.  They had two children, John Gray and Ann Elizabeth.  Iva was preceded in death by her parents and sisters Doris May Howell and Ellen Knight.  She is survived by children Malcolm Rush (Janet), John Callan and Ann Callan (Jim).  Funeral Service will be at 10:00 AM, Saturday, May 7, 2016 at Whitney & Murphy Funeral Home, 4800 E. Indian School Road, Phoenix.

Offer Hugs From Home Condolence for the family of FAULDS, IVA LEE