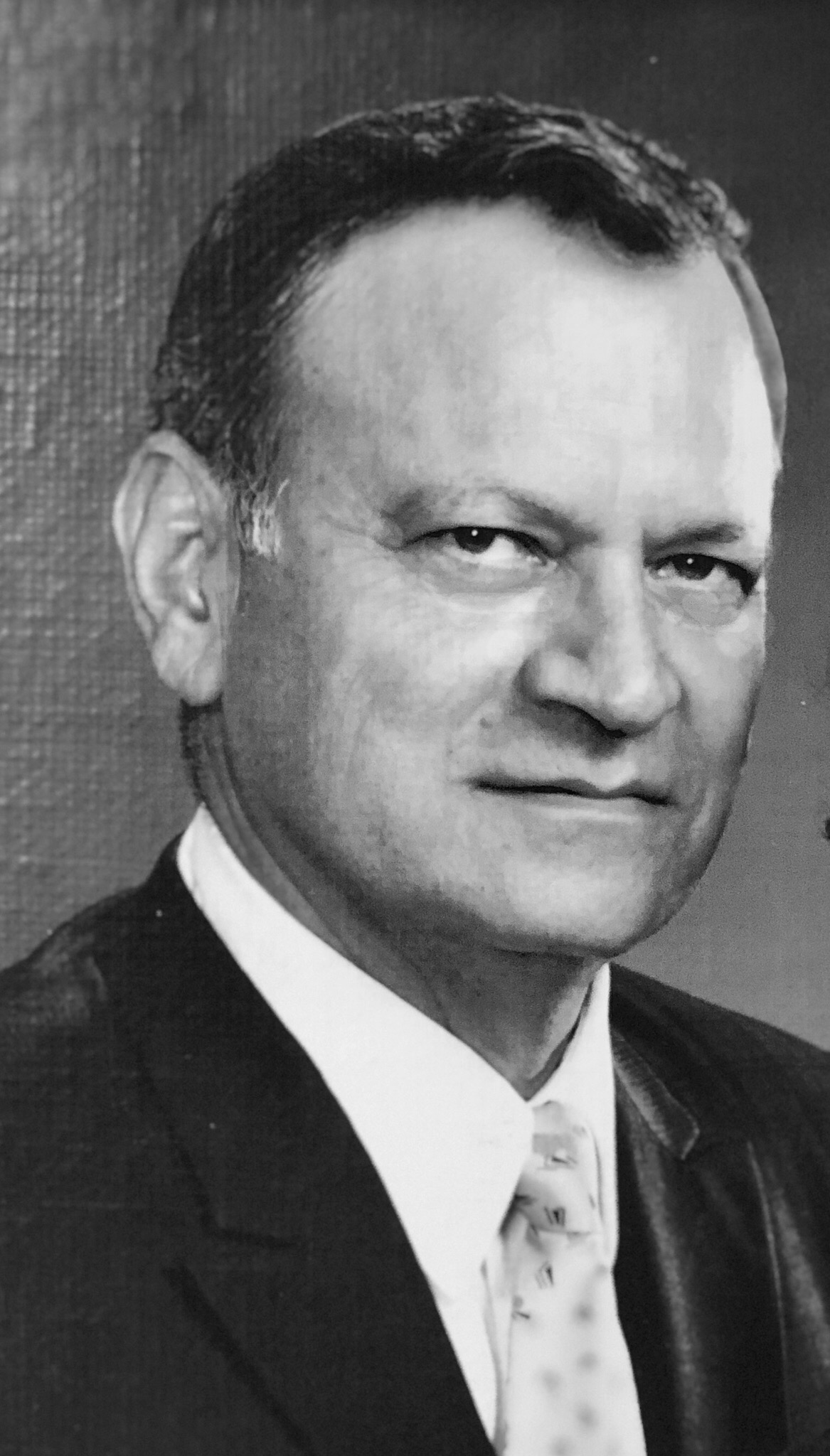 Edward “Sonny” Felix was called home for Christmas on December 20th, 2017. He was 86 years young! Sonny was the 4th child of 8 children, belonging to the big beautiful family of Ramon and Mary Basha Felix. He was born on November 29th, 1931 in Chandler, Arizona. As a young boy, Sonny attended Goodyear Grade School in Goodyear, later renamed the town of Ocotillo by his mother, Mary Basha Felix. He attended Chandler High School, and excelled in many things, especially football, where his team won the first Arizona State Championship for his school in 1949. This was celebrated many times, due to the fact that it was the only CHS state championship until 2014. After graduating from Chandler High School in 1950, he briefly studied at Arizona State College, (ASU), before he went on to pursue his career with the family business, Bashas’ Markets. While attending a social dance at St Mary’s Basilica, Sonny met his wife of 52 years, Louise Basila. They were married shortly after, on February 11, 1956, had four children, and enjoyed a lifetime of big family gatherings, travel, friends, casino fun, cabin building and selling and relished in their grandchildren. Although school was an important part of his life, his real passion was the family business. He started as a young kid, working at the Bashas’ Mercantile Store, with his dad, Ramon Felix. Among his many family mentors, were his uncles, Eddie Basha Sr., and Ike Basha Sr.! He was very loyal to the business, and had various major positions and responsibilities, where he eventually became Senior Vice President of Distribution. He also spearheaded the design and build out of the Bashas Distribution Center located on Chandler Blvd. in Chandler. Sonny had a close relationship with all of his aunts, especially Zelma Basha Salmeri and Connie Basha Vitale. He enjoyed a close brotherly friendship, and working relationship with his cousin, Eddie Basha. Needless to say, he had a lot of pride and love of family, in his 64 + years of working with Bashas’! Life Passions – Aside from his family and work, Sonny had many passions! A cowboy at heart, his love of horses was evident. His horses were always a part of his life, from hunting on horseback, to owning and racing horses, to giving horseback rides at his grandkids birthday parties. Another lifelong passion was his favorite team, the ASU football team! He was highly devoted to ASU football, from being an avid fan, to providing summer jobs to the players, to being a friend to his favorite coach, Frank Kush. Being an active hunter, he accomplished his ‘Big 10’ for the state of Arizona, loved the many hunting trips, and the camaraderie that came with it. He proudly served in the Chandler Sheriff Posse, and in the Mesa/Maricopa Sheriff Posse, where he met many lifelong friends. After retirement, he took up cooking, learning from the recipes of his wife and mother to make all kinds of delicious Lebanese food, which he loved to give to family members.
Of all his life passions, his biggest delight was his love of his family, especially his grandchildren and great grandchildren! Nothing could bring a smile to his face, or warm his heart more, than the love of his grandbabies! Always eager to spoil them with love and attention, he was the epitome of the word, grandfather! Sonny lived his life through his Catholic faith, instilled in him by his mother. Like her, he had a very loving and generous heart! He will be sorely missed by his children and family, Edward Felix Jr., Denise Vance (Dell), Mike Felix, Larry Felix, and grandchildren, Alexis Earnhardt (Bull), Danelle Lavin (Matt), Brennan Vance, Joshua Felix and Lauren Felix. Known as Papa 2, by his great grandchildren, Estee and Evalee Earnhardt, Sophia and Louisa Lavin. He is survived by his siblings, near and dear to his heart, his sister Ramona Felix, his brothers, Donald (Marilyn) Felix and Ronnie(Clara) Felix. He also is survived by many loving nephews and nieces. Sonny is preceded in death by his beloved wife, Louise Basila Felix, his parents, Ramon and Mary Felix, his brothers, Albert, Fred, and Richard Felix and his sister, Eva Felix Serrano. A celebration and thank you tribute of his life will be as follows. A Visitation will be on Wednesday, January 3rd, 2018 from 6:00 – 8:00 pm, with a Rosary prayer at 7:00 pm, at St. Francis Xavier Catholic Church. A Funeral Mass will begin at 10:00 am, on Thursday, January 4th, 2018 at St. Francis Xavier Catholic Church, located at 4715 North Central Avenue, in Phoenix, Arizona. The family would like to thank the special people that helped care for Sonny and his family. A most heartfelt thank you to LNA Bridget Chambers, Alma Amaya and Cynthia Navarrow. We appreciate all of your efforts.

Offer Hugs From Home Condolence for the family of FELIX, EDWARD “SONNY”