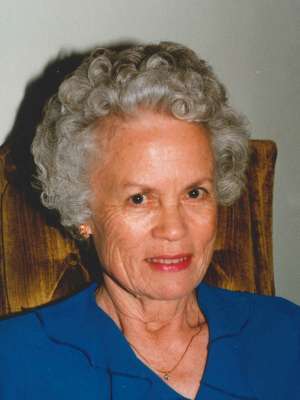 died peacefully Friday, October 23, 2015 in the morning at her home of 61 years. She was born December 25, 1919 to Charles and Myrtle Mathis in Mounds, Illinois, the 6th child of seven children. She was predeceased by her loving husband of 58 years Johnnie Maria Fellet and grandchildren Rebecca Wynne and Mary Kate. She is survived by her children Jeanen, Kathy and John. Her grandchildren Michael, Tonya, Anora, Erin and Jonathan and great-grandchildren Jessen, William, Magnus, Alaina and Grace. She was proud of the time she spent in the munitions industry supporting her four brothers serving in World War II. She advised several presidents over the years with her unsolicited letters of advice on world conflicts. She was fiercely devoted to and protective of her family and loved by all. Visitation will be at 6:00 PM with a Rosary at 7:00 PM on Tuesday, October 27, 2015 at Whitney & Murphy Funeral Home, 4800 E. Indian School Road, Phoenix. Funeral Mass will be at 10:30 AM, Wednesday, October 28, 2015 at St. Thomas the Apostle Catholic Church, 2312 E. Campbell Avenue, Phoenix. Interment will follow at Holy Cross Cemetery.

Offer Hugs From Home Condolence for the family of FELLET, MARY CHRISTINE