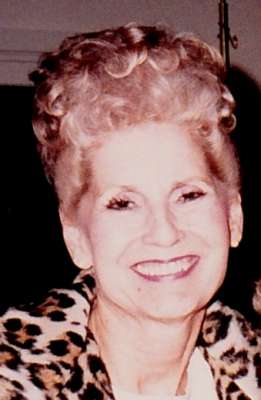 Fensler, Rosemary, 88 of Phoenix, AZ., passed away peacefully on October 2, 2014, after a short illness.  She was born on January 29, 1926 in Prescott, AZ. to Henry B. and Marie K. Leezer.  She is preceded in death by her parents, Brother Henry Leezer Jr. (Bud) and Sister Grace Carpenter.  She was the beloved wife of the late Francis L. Fensler.  She was survived by her three sons, Scott, Mark, and Blake (Lisa), 4 grandchildren, Margie McGivney, Michael, Matthew, and Nathan Fensler.  Rosemary graduated from Phoenix Union High School in 1944.  She retired after working 45 years with Foster G. Mori, attorney at law, as a legal secretary.  She spent a lifetime collecting and dressing antique dolls. Rosemary has now left all of her beloved family and has gone to join all her dear old friends, Charlotte, Virginia, Georgia, and Elnora.  A visitation will be held from 5:00 to 8:00pm, Tuesday, October 7th at Whitney & Murphy Funeral Home, 4800 E. Indian School Rd. in Phoenix.  A funeral mass is scheduled at 10:00am, Wednesday, October 8th at Most Holy Trinity Catholic Church, 8620 N. 7th Street in Phoenix.  Burial to follow at St. Francis Cemetery in Phoenix.

Offer Hugs From Home Condolence for the family of FENSLER, ROSEMARY