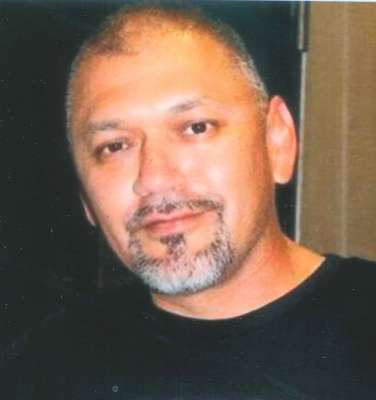 Roman Fernandez, an Arizona native, born July 20, 1967, went to be with the Lord on July 26, 2015. Roman graduated from Cactus High School and enlisted in the United States Navy. He served for 6 years and did one tour of duty at Desert Storm. Roman touched the lives of so many as a coach and mentor. He is survived by his parents Peter and Olivia, wife Dawn, sons Roman Jr. (Chanel), Nico and Adrian, grandchildren Hunter and Kenley, in addition to numerous family and friends. Visitation will be held from 5:00 – 9:00 PM with a Rosary at 7:00 PM, Friday, July 31, 2015 at Whitney & Murphy Funeral Home, 4800 E. Indian School Road, Phoenix. Funeral Mass will be at 11:00 AM, Saturday, August 1, 2015 at St. Jerome Catholic Church, 10815 N. 35th Avenue, Phoenix. Interment will follow at St. Francis Catholic Cemetery. In lieu of flowers, family requests donations to http://www.gofundme.com/10aa5qk

Offer Hugs From Home Condolence for the family of FERNANDEZ, ROMAN