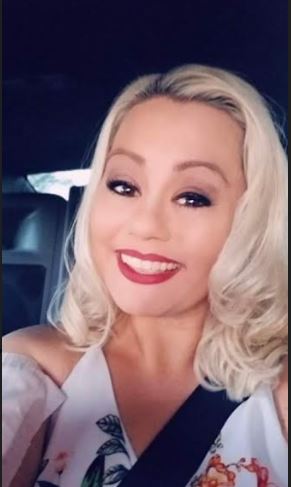 Sandra Lynn Fernandez, age 42, born in Phoenix, AZ passed away on January 15, 2022.Sandra is survived by her daughter, Veronica Pablos, Son-In-Law, Felix Quintana, granddaughter, Gianna Quintana with arrival of soon to be grandson Adriel Quintana and baby sister, Connie Fernandez as well as her grandpup, Kakashi. Ms. Fernandez was preceded in death by her mother, Gloria Fernandez.
Sandra attended North High School where she met her daughters Father, Michael Pablos, where a few years later came their daughter Veronica. She was her spoiled baby girl who did no wrong. Sandra was tickle pink when she found out that she was going to be a Nana to a baby girl, Gianna Quintana. She loved that little girl like you wouldn’t believe. She was even happier when she found out that she was going to be a Nana to a little boy, Adriel Quintana. Even though she wasn’t able to meet her baby boy, she already had him spoiled.
When she wasn’t spending her time with her babies she was either listening to her oldies or country music. And if you know her; then you would know who her favorite artists are, George Straight and Garth Brooks. As she is listening to her music she would always be dancing and singing along. She always knew how to have a good time. But don’t forget she always has the new style or limited addition purses of COACH or MICHAEL KORR and you will never catch her with not having the new style of JORDANS on. Not only that she had much love for her hometown football team, The Arizona Cardinals.
She can always make a person smile. She will be truly loved and missed.
Services will be held at Whitney & Murphy Funeral Home, 4800 E. Indian School Road, Phoenix, on Tuesday, January 25, 2022 at 11:00am. Burial to  follow at Saint Francis Cemetery to her final resting place where she will be joined with her mother.

Offer Hugs From Home Condolence for the family of FERNANDEZ, SANDRA LYNN