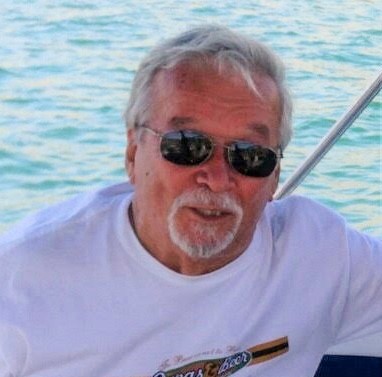 With great sadness our family says goodbye to a beloved husband, father, grandfather, brother, brother in law, uncle, and friend. Leo Frank Ferra, Jr., age 79, went home to be with his Lord and Savior. He passed away unexpectedly while being prepared for surgery to correct a heart problem. Family were at his side. Leo was born to Leopoldo Francisco Ferra and Esperanza Padilla in Phoenix, AZ on September 27, 1939. He attended Grant Elementary and Phoenix Union High School from where he left early to enter the US Army. Following his return, he became a member of American Legion Post 41, just like his father. He married his first wife and had 2 daughters; Mona Carrillo (Bob) 2 grandchildren; and Lorraine Eufemia (Rob) 2 grandchildren and 2 great grandchildren. He later married Olivia Muncy and gained 2 daughters; Analisa, grandson, and great grandson, and Melissa and 3 grandchildren.
Leo was preceded in death by his father, mother, brothers Larry and Kinky and Leo’s grandson Paul Christopher. He is survived by his sister Esperanza Reveles (Tomas), many cousins, in laws, 9 nephews and nieces, and friends who love him dearly. Leo worked most of his life in carpeting and managing his own business before he became ill. All of his life he was deeply religious, respectful and full of love and life, and was surrounded by family and friends old and new. He tried to help those in need as best he could. Leo had a full life and he completely gave thanks to God for all of his blessings.
The Visitation will be on Friday, January 25, 2019, at St. Theresa Catholic Church, 5045 E. Thomas Rd., Phoenix, at 9:00 A.M., with a Rosary Prayer at 10:30 A.M., Funeral Mass of the Resurrection at 11:00 A.M. Interment will follow at St. Francis Catholic Cemetery. The celebration of Leo’s life will be held at Saint Theresa after services. Peace be with you.

Offer Hugs From Home Condolence for the family of FERRA, JR., LEO FRANK