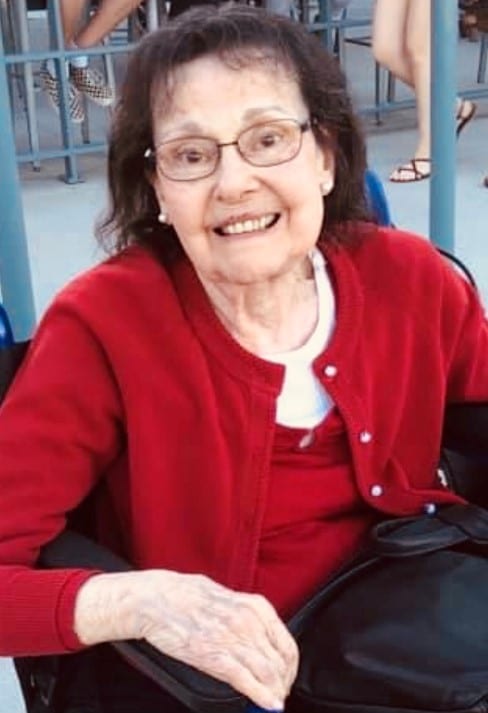 Doris Ann Ferraro, 89, passed away December 23, 2020, after a lifelong battle with bronchiectasis. Doris was born in South Ozone Park, New York, along with her twin sister Dolores to William and Alice Rinaldo. Doris spent her childhood going to Broadway shows with her father, playing outside, and spending time at the beach with friends. She attended John Adams High School in Queens, NY. In 1951, she married her husband James Ferraro whom she met at the ice cream parlor and together they had 6 children.

In 1965, Doris and her family moved to Phoenix, Arizona, where she raised her children. Doris enjoyed her career as a phlebotomist at United Blood Services for 16 years.

Upon retiring, she enjoyed taking care of and spending time with her grandchildren and great grandchildren. Doris loved cooking for family, completing crossword puzzles, and watching Wheel of Fortune.

She is preceded in death by her husband James, her first born son William, and her son-in-law Ron. She is survived by her children: Patty Woodworth, Jimmy Ferraro, Mike (Roni) Ferraro, Janie Ferraro, and Jodie (Leigh) Ferraro; her grandchildren: Stephanie, Allison, Elizabeth, Vanessa, Michael, and Ava; her 8 great grandchildren; as well as her twin sister Dolores Defelice.

Offer Hugs From Home Condolence for the family of FERRARO, DORIS ANN