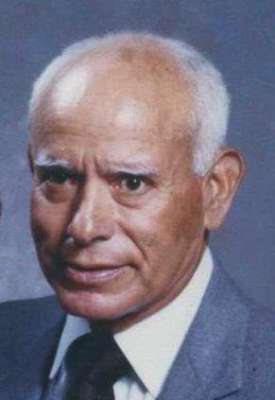 83, a loving and dedicated husband, father, grandfather, uncle and businessman passed away February, 25th, 2014. He was born to Braulio and Angelita (Tapia) Fierros on January 12th, 1931 in Phoenix, Arizona.

He graduated from Phoenix Union High School in 1949 where he broke the State record in Track. He soon entered the Air Force during the Korean War. When his term was completed he went to Los Angeles, CA to receive his apprenticeship at a Printer trade school. During that time he met his future wife and settled in Los Angeles where they married and had four daughters. In 1959 they decided to move to Arizona where they all made it their home.

Dad, you will be missed dearly. We have so many memories and stories to share. Here’s a whistle back to you daddy, We love you, your Teresita, Nonnie and Kathy.

Visitation will be at 9:30am, Rosary at 10:30am and a Funeral Mass at 11:30am Saturday, March 1, at St. Louis the King Catholic Church, 4331 W. Maryland Avenue, Glendale.  Interment will follow at St. Francis Catholic Cemetery.

Offer Hugs From Home Condolence for the family of FIERROS, JESUS (CHUY) TAPIA