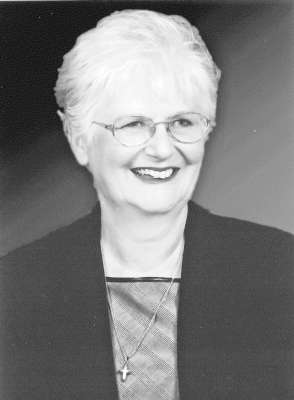 Barbara Dee Fincel, age 72, passed peacefully on July 15th, 2014 at her home in Phoenix, AZ. Barbara was born April 5, 1942 in Phoenix, the daughter of Robert and Helen Farris. As a young girl, Barbara enjoyed athletics and the outdoors. She played softball, enjoyed horseback riding, was an avid swimmer, and loved to go camping with her parents and three sisters. Barbara graduated from St. Mary’s High School in 1960 and later continued her education at Phoenix College, graduating with an Associate’s Degree. In 1962, Barbara married the love of her life John M. Fincel, and together they raised six children. When she was not spending time with her family, Barbara loved to bowl, bake, read, cook, and travel. She was an accomplished cake decorator and the first female in the state of Arizona to bowl a Sanctioned 300 Game. Barbara was also an active member of St. Francis Xavier Catholic Church, working many years as the Director of Religious Education. Barbara started her professional career at the State of Arizona, but later put her career on hold to stay at home to raise her family. Barbara resumed her career at the City of Phoenix, and after a long and prosperous career in the Human Services Department, she retired in 2000. Barbara is survived by her husband John, children Kenny, Kathy, Karen, Chris, Keith and Kevin, daughters-in-law Julie and Cristen, sons-in-law Gavin and Jerry, her five grandchildren Bailey, Nicholas, Makenna, Jackson and Hannah, and her three sisters Jody, Cathy and Mary. She will be loved and missed by all.

In lieu of flowers, memorial donations can be sent to Ryan House, Hospice of the Valley, 110 W. Merrell Street, Phoenix, AZ 85013.

Offer Hugs From Home Condolence for the family of FINCEL, BARBARA DEE