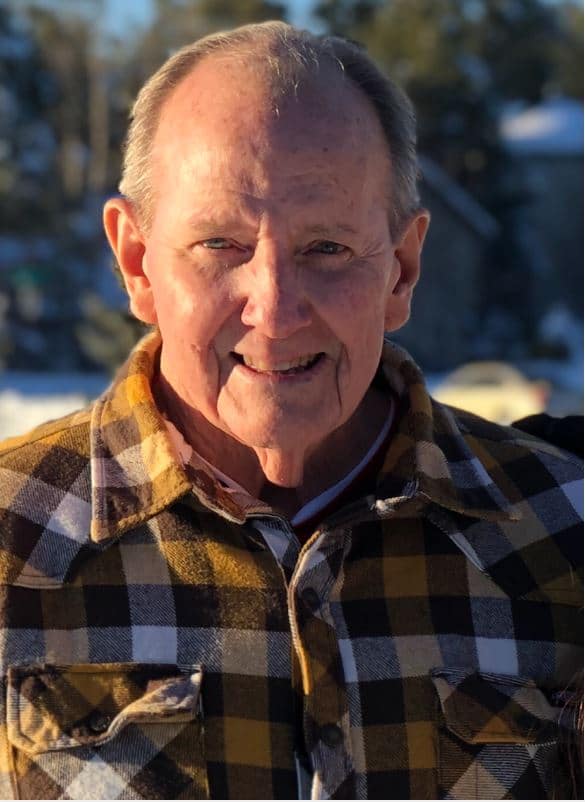 John was born on September 13, 1938 to Richard Michael and Alice McMillen Fincel in Piqua, Ohio. After graduating from St. Mary’s High School in 1957, John went on to study Civil Engineering at Arizona State University.

After completing his studies, John landed his first job as a Draftsman for the City of Phoenix. He stayed with the City of Phoenix for more than 35 years, retiring as a Civil Engineer III. In 1958, John met the love of his life, Barbara Dee Farris, and they wed in 1962. John and Barbara were married for 52 years.
John “Poppy” was tenacious, determined to provide for his family and give them the life he felt they deserved. His family meant more to him than anything else in the world, something he often mentioned. He was extremely proud of all his children and grandchildren. Throughout his long-life Poppy loved to travel, bowl, camp, golf, and enjoy long meals with friends and family.

Anyone who knew Poppy knew that he was the most loving husband, father, and grandfather a family could ask for. John was preceded in death by his parents, his four siblings, son Ken Fincel, and wife Barbara Fincel. He is survived by his daughters Katherine LaFrenierre & Karen Lockwood, his sons Keith Fincel, Kevin Fincel, & Chris Yanez, his son-in-laws Jerry LaFrenierre & Gavin Lockwood, his daughter-in-laws Julie Fincel & Cristen Crujido, along with his five grandchildren Bailey Lockwood, Nicholas Fincel, Makenna Lockwood, Jackson Pierce, and Hannah Fincel.

The family requests that in lieu of flowers, donations be made to St. Jude’s Hospital in John’s name. Funeral Services will be live-streamed, and the link will be sent to family and friends. The services will also be recorded for family and friends who are unable to view the live stream. There will be a celebration of life for John at a later date and time. Condolences and Hugs from Home may be expressed at www.whitneymurphyfuneralhome.com

Offer Hugs From Home Condolence for the family of FINCEL, JOHN M. “POPPY”