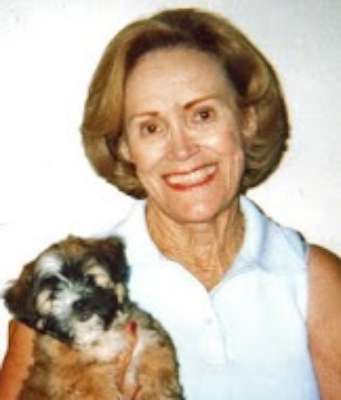 Gweneth Virginia Fine, age 86, passed away peacefully on August 4, 2014 after a long illness.  Gwen was born on October 4, 1927 in Butte, Montana, the daughter of Walter and Virginia Millar.

Gwen spent her early years growing up in Ogden, Utah and began her family in Spokane, Washington where she gave birth to Tami, Gregg and Dianne.  In 1960 Gwen began a new life in Douglas, Arizona marrying Jim Keegan, MD, and gaining four step-sons, Mike, John, Patrick and Tim.  In addition, Jim and Gwen gave birth to their daughter Maureen. It was a full house during those years, filled with great memories and wonderful meals. Many good years were spent in Douglas where Gwen was an active member of Ocotillo, spent countless hours volunteering at Loretto Catholic School and hosted many a family dinner.  Gwen relished in her role as a mother, always providing a loving and welcoming home.  She gave the world’s best back rubs and baked the best chocolate chip cookies ever.  Her baked goods were always among the top sellers at the annual Douglas Mother’s Day Auction.

In her early 50’s Gwen fulfilled her life’s dream and opened The III Affair Restaurant in Douglas.  Her reasoning was simple, “I like working with food and pleasing people.”  Upon the passing of Jim Keegan, Gwen moved to Tucson to be near her children and married Lloyd Fine.  During her years in Tucson, Gwen proudly served as Office Manager for Dr. Ray Grossman and then Dr. Bert Kwasman. She worked and volunteered for many years as a preschool aid at Sonshine Preschool, where she was able to spread her grandmotherly love to each and every preschooler in her class.

Later in life Gwen delighted in many hours of play at Dorado Golf Course where she made many friends and managed to hit the ball straight almost 100% of the time!  Gwen turned out to be quite the duffer.

The passing of Gwen, mother, grandmother, spouse and dear friend will leave a huge space in our hearts, but knowing she is looking down on us with her daughter Tami by her side, brings us comfort and joy.

At the family’s request a private memorial service will be held.  Donations in Gwen’s name may be made to the Alzheimer’s Association at http://www.alz.org/.

Here’s to the best pie-lady ever – bake on Gwen!!

Offer Hugs From Home Condolence for the family of FINE, GWENETH VIRGINIA