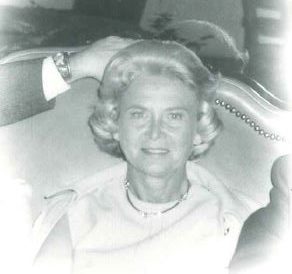 Virginia Neill Yost Finley passed away August 11, 2017. Born November 28, 1919 to Charles and Eva Yost in Fort Dodge, Iowa. The family moved to Tucson when Virginia was 16 and she graduated from Tucson High, then pledged Delta Gamma at the University of Arizona. She met Thomas James Finley, and four days after graduating they got married and moved to Chandler where they would raise their family. They served the community as founding members of St. Matthews Episcopal Church, with Virginia serving as the first building chair and past president of the Chandler Service Club. Moving to Phoenix in 1981, she was also a founding member of the ARCS and past president of the Columbine Garden Club. She was a member of the Valley Field Riding and Polo Club, Paradise Valley Country Club and the White Mountain Country Club. Preceded in death by husband Thomas James Finley and daughter Susan Finley Campbell. Survived by her son Thomas Michael Finley, brother Charles Yost, 6 grandchildren, 7 great grandchildren and nieces and nephews. A celebration of life will be held on August 26, 2017 from 1:00-4:00 PM at 3500 East Lincoln Dr. In lieu of flowers, memorials in Virginia’s name may be made to the following: Hospice of the Valley 1510 E. Flower St Phoenix, AZ 85014. The University of Arizona Cancer Center 1515 N. Campbell Ave., Tucson, AZ 85724. Barrow Neurological Institute 350 West Thomas Rd. Phoenix, AZ 85013.

Offer Hugs From Home Condolence for the family of FINLEY, VIRGINIA NEILL YOST