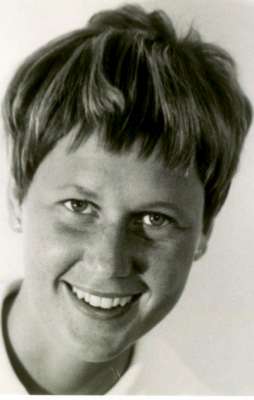 Mary Jeanne Finnegan, 73, a 50 year Phoenix native, passed away on December 11, 2014. Jeanne was born on May 8, 1941 in Evanston, IL, to Jean and Laurence Pierron. Shortly after moving to Arizona in 1965 she met her future husband, Jim, whom she married in 1969. Jeanne truly had a zest for life, and was grateful for every minute of it. She was an avid celebrator of all major holidays with appropriate decorations inside and out. Jeanne was a marathoner and an enthusiastic hiker and camper. The only thing Jeanne enjoyed more than being outside in the desert was sharing it with friends and family members. Jeanne also enjoyed such indoor pursuits as knitting, painting and scrapbooking. Jeanne volunteered with the Tuesday Crew at Andre house for many years. She was a proud member of the “You Don’t Have To Read the Book” book club. Jeanne was an adventurer and traveled the world over, with her first big trip sailing to Bremerhaven in 1964. She imparted a love of other cultures on her children. Jeanne believed in the power of prayer and attended mass several times a week. Jeanne always boasted that her proudest accomplishments were her children, son- and daughters-in-law, and grandchildren. Preceded in death by her parents, Jeanne is survived by her husband James Finnegan, her siblings Laurence Pierron (Betty Jayne), Ann Rowe (Robb), and John Pierron; her sons James (Katrin), Dan (Katie), John (Monica), her daughter Ann Derksen (Patrick), her eight grandchildren: Natalie, Patrick, Joseph, Owen, Laurens, Abigail, Lucy, and Michaela: and numerous nieces and nephews. A Visitation service will be held on Thursday, December 18, from 6:00-8:00pm (Rosary at 7:00) at Whitney Murphy Funeral Home, 4800 East Indian School Road, Phoenix, AZ .The funeral mass will take place on Friday December 19, at 10:00am at St. Francis Xavier Catholic Church, 4715 North Central Avenue Phoenix, AZ. In lieu of flowers, please send donations to Andre House: http://andrehouse.org

Offer Hugs From Home Condolence for the family of FINNEGAN, MARY JEANNE