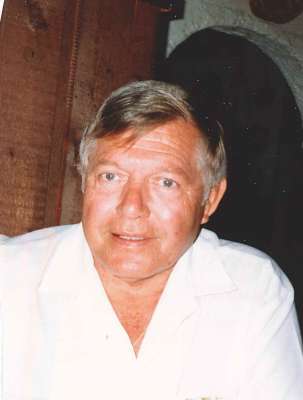 89, was reunited with our Lord and all of his departed relatives – including his mother, father, and siblings – on April 29, 2014.  He spent his final moments surrounded by his loving family at his home in Phoenix, Arizona. Gene was born in Phoenix on July 23, 1924 to his parents Henry and Angie Firpo.  Gene spent his childhood in his family’s home in Phoenix with his siblings Adolph, Steve, Eleanor, Louis, and Jeannette.  Some of Gene’s fondest childhood memories included spending time with his family fishing in the Salt River, hunting and going to the movies at the Orpheum Theatre.  During the summers, he and his family traveled to Malibu and Calistoga, California.  Gene attended St. Mary’s Elementary School, St. Mary’s High School, and Tempe Normal School (ASU).  He served proudly in the Army during WWII.  Following the war, Gene joined H. Firpo Poultry, the family business started by his mother.  In 1960, Gene and his family significantly expanded the business’ operations when Gene built his home and chicken pens on 33 acres in Phoenix.  He moved into the home with his wife, Amelia Firpo, and son, Eugene Firpo, Jr.  Two years later Gene’s second child, Nannette, was born.  For the next forty years, through hard work and perseverance, Gene would become an innovator of his trade.  With his expertise, Gene received offers to teach and to consult businesses in other countries.  H. Firpo Poultry became Arizona’s largest provider of chicken, proudly leaving the legacy of consistently serving the freshest and healthiest chickens.  To this day, his customers still avow that his fryers were the best tasting chickens that they have ever eaten.  H. Firpo Poultry genuinely lived up to its slogan, “Hours fresh, not days old.”  Gene’s character was parallel to the way he raised his chickens.  He was a man of integrity.  He worked hard and chose not to use hormones or drugs with his poultry. Gene remained dedicated to a firm set of principles and truly was an embodiment of the American spirit.  We always have been, and always will be, graced by his presence.  Gene is survived by his wife Amelia Firpo; sister Jeannette Firpo Spicer; brother Louis Firpo; son Eugene Firpo, Jr.; daughter Nannette Firpo Harris; son-in-law Robert Harris; grandchildren Matthew Harris, Connor Harris, and Erika Harris; and his two dogs.  The Funeral Mass will be held Wednesday, May 7, 2014 at 10:00am at St. Mary’s Basilica, 231 North 3rd Street, Phoenix.  Entombment will follow at St. Francis Catholic Cemetery.

Offer Hugs From Home Condolence for the family of FIRPO, EUGENE JAMES