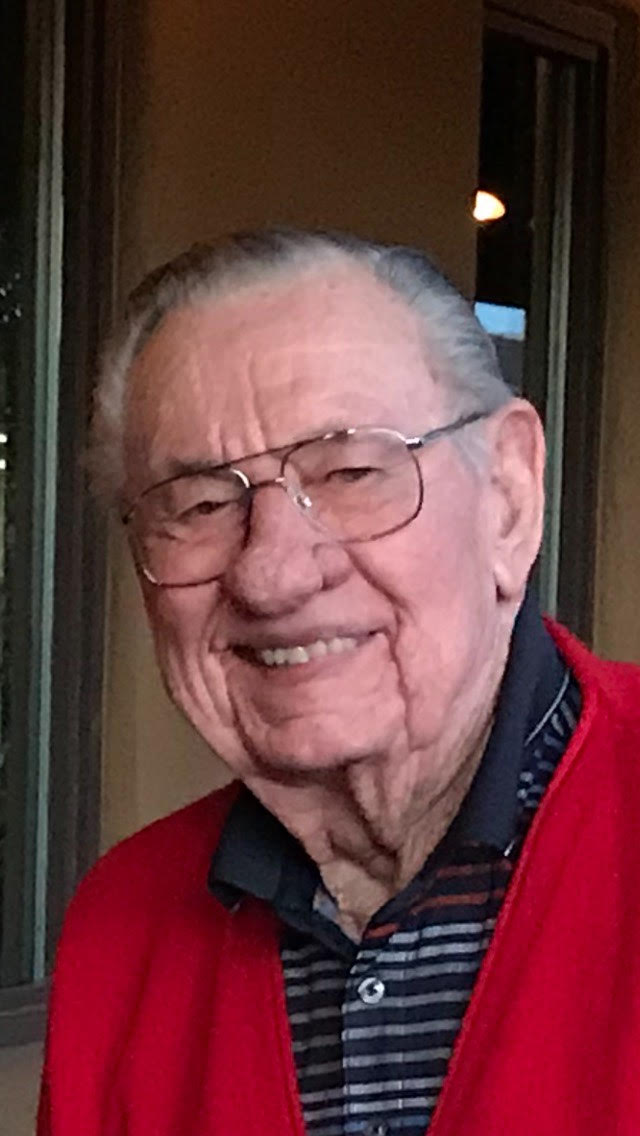 Our beloved Father, Grandfather, Great-Grandfather passed away on Monday, December 14, 2020. Pete was born on April 16, 1927 to Guy and Marie Fisher in Portland, OR. He moved to Phoenix, AZ when he was 3 years old and attended North High and Arizona State University where he received his Master’s Degree in Education. While living in Phoenix he met and married Marcia M. Fisher.

Pete, at the age of 17, served in the Navy as a signalman on the USS Tucson and had an honorable discharge after 2 years due to the ending of World War II. Pete taught 8th grade math and then became the principal at Encanto Elementary School before being promoted to Assistant Superintendent (Business Affairs) of the Osborn School District. His tenure with the Osborn School District spanned 34 years. Pete was a Rotarian with the Midtown Phoenix Chapter for several years and served as President from 1978 – 1979. Pete and his wife Marcia volunteered at Assistance League of Phoenix and they enjoyed giving back to the community.

He will be missed very much and our hearts are full and content knowing that he is reunited with his wife of 54 years, Marcia Fisher, and other family members and friends in Heaven and enjoying God’s Glory. We thank him for teaching us discipline and how to love and enjoy life.

A private celebration of life has been held with family.

The family requests that donations be made in his memory to Phoenix Rotary 100, an organization whose motto is: Service above self. Condolences may be expressed at www.whitneymurphyfuneralhome.com.

Offer Hugs From Home Condolence for the family of FISHER, PETER WILLIAM