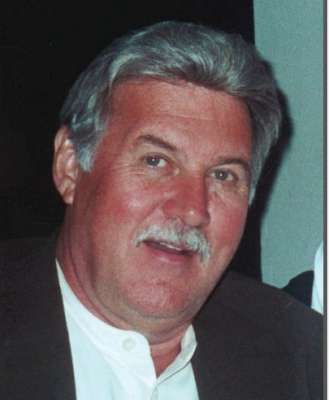 Age 77, of Phoenix, AZ, passed away on October 2, 2014. He was born on June 3, 1937 in the city of Akron, Ohio. Born to Edmund and Dorothy (Cahall) Fochtman, both deceased. He is a graduate of The Ohio State University with a business degree and was a passionate Bucks fan thru out his life. He began his career in Cleveland, Ohio as a stock broker with Merrill Lynch. He arrived in Arizona in 1976 and was Vice President of F & W Assoc., one of the first manufacturers of mini cars, the engine driven mini cars for children. Ed moved on to help establish a very successful Restaurant group. Steamers Seafood Restaurant, Bobby McGees and Busters Restaurant. He was deeply loved by his wife, Elaine (Reder) Fochtman, his partner in life for 55 years. He is survived by his wife Elaine, son Edmund L. Fochtman, III, grandchildren Brittany and Ryan Fochtman, sister Marianne Cartee of Apaka, Florida, brother James (deceased), sister, Margaret Jo (deceased), niece Corrina & Eric of Florida, niece Dawn of Phoenix, and three very special people in his life, Deborah Gold of Parkersburg, WV, Lori Stenger of North Olmsted, OH and Scott Volosin of Chandler, AZ. We offer our deepest gratitude for the outpouring of love, thoughts and prayers from his many cherished friends. Each of us, friends and family alike, are blessed to have shared in his life. A Celebration of Life, Funeral Mass will be held at 11:00 AM, Wednesday, October 8, 2014 at St. Theresa Catholic Church, 5045 E. Thomas Road, Phoenix, AZ. Private interment to be held at a later date. In lieu of flowers, donations can be made to St. Jude Children’s Hospital or a charity of your choice. Arrangements entrusted to Whitney & Murphy Funeral Home.

Offer Hugs From Home Condolence for the family of FOCHTMAN, EDMUND L. JR