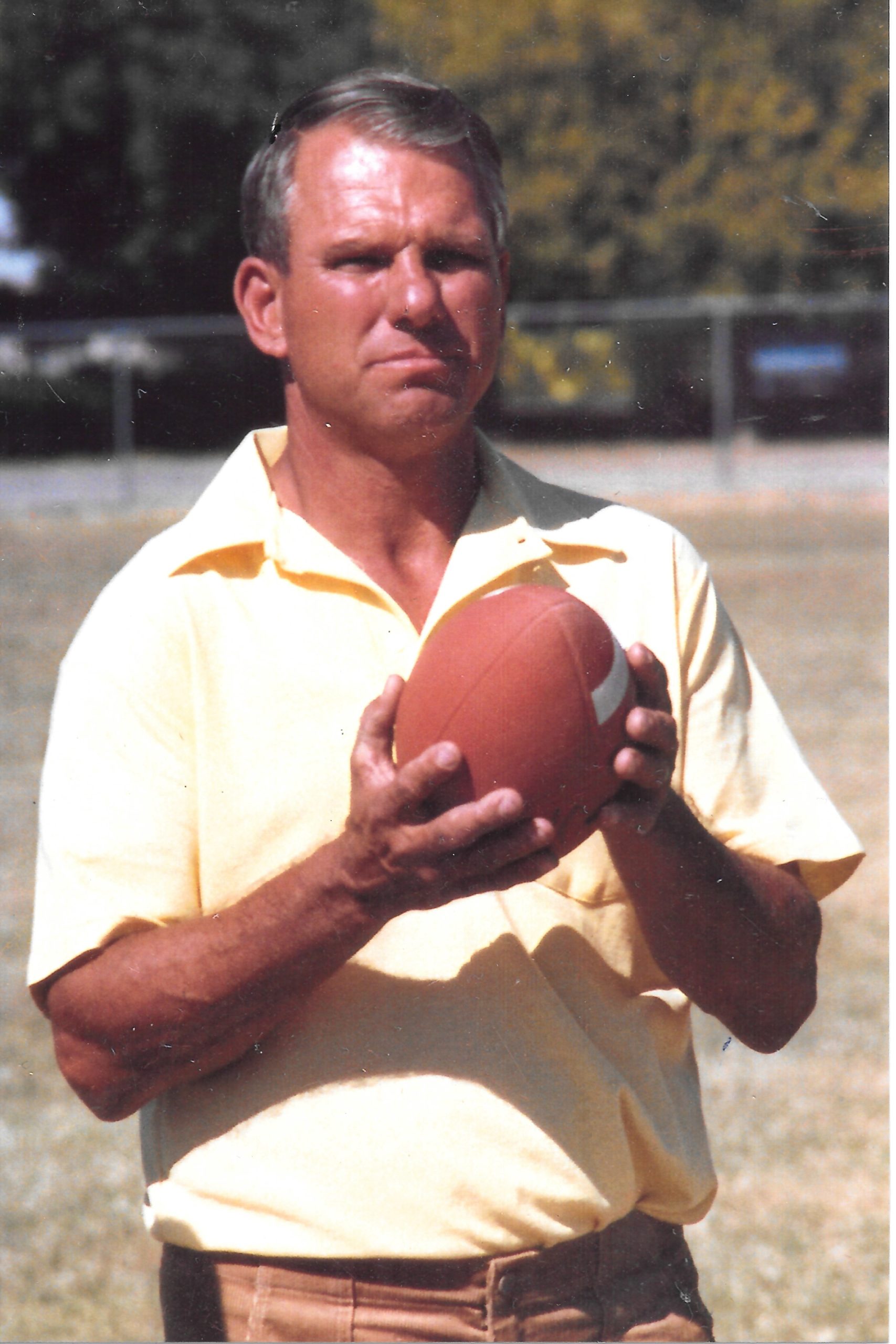 Mickey Folz was born in 1936 in Evansville, Indiana. His family moved to Phoenix in 1941. He attended St. Francis Grade School and graduated from St. Mary’s High School in 1955. He was a longtime physical education teacher and sports coach for the Catholic Diocese of Phoenix grade schools St. Francis, St. Louis the King, and St. Gregory’s.
Mickey is survived by his wife of 63 years; Peggie (nee Evans); son, Cory; daughter, Judy (John) Holbeck; grandchildren: Casey Mahoney, Ellee Forsythe, and Brenton Holbeck. He was preceded in death by his daughter, Lesa Mahoney/Forsythe; son, Brian; and brother, Bill Folz and sister Virginia Geare.
From an early age Mickey excelled in athletics and was a small-town star as quarterback at St Mary’s High. He was rewarded with a scholarship to New Mexico State University where he played football for three seasons. With a fledging family to support, he worked a variety of jobs: bread delivery, candy salesman, and painter. In 1971 he was offered a teaching position at his alma mater: St. Francis Grade School, he jumped at the chance – eventually teaching and influencing children for 28 years. Upon retirement his wife Peggie and he traveled and enjoyed their cabin in Pinewood. He also managed his own window washing business until the age of 80.
Mickey was a loving husband and father. A true friend to many people from all walks of life, a hard, loyal worker, and a reverent member of the Catholic Church. He will be missed by many, but his legacy will live on.
A Funeral Mass will be said on Friday, December 20, 2019 at 10:00 a.m. at St. Francis Xavier Church, 4715 N. Central Ave., with a reception to follow afterwards. Condolences may be expressed at www.whitneymurphyfuneralhome.com
In lieu of flowers, the family requests donations to be made to: The Society St. Vincent de Paul P.O. Box 13600, Phoenix, Arizona 85002.

Offer Hugs From Home Condolence for the family of FOLZ, MICHAEL “MICKEY”