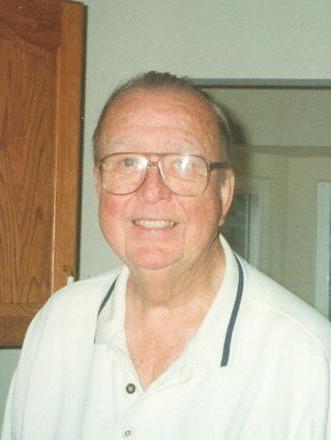 Berven Forde was born November 21, 1922, passed away on November 23, 2012. Berven was born in Randall, Iowa to John and Julia Forde, he was the youngest of 8 children. He served in the Army during World War II with the Kure Base, Accomo Company. Berven attended Iowa State University where he graduated with a degree in Landscape Architecture. During his long career he served as Assistant Planning Director of Ventura County, California. Later he moved his family to Phoenix, where he was Assistant Planning Director for the City of Phoenix for 20 years. He is survived by EvaMarie his wife of 65 years, daughters Deborah (Tom) Meade, Dana (Chris) Trabka, grandsons Erik and Adam Trabka, granddaughter Dr. Amanda (Lance) Lefkowitz and great grandson Jadan Lefkowitz and several nieces and nephews. A Memorial Service will be held at Shepherd of the Hills Church, 5524 E. Lafayette Blvd., Scottsdale.

Offer Hugs From Home Condolence for the family of FORDE, BERVEN M.