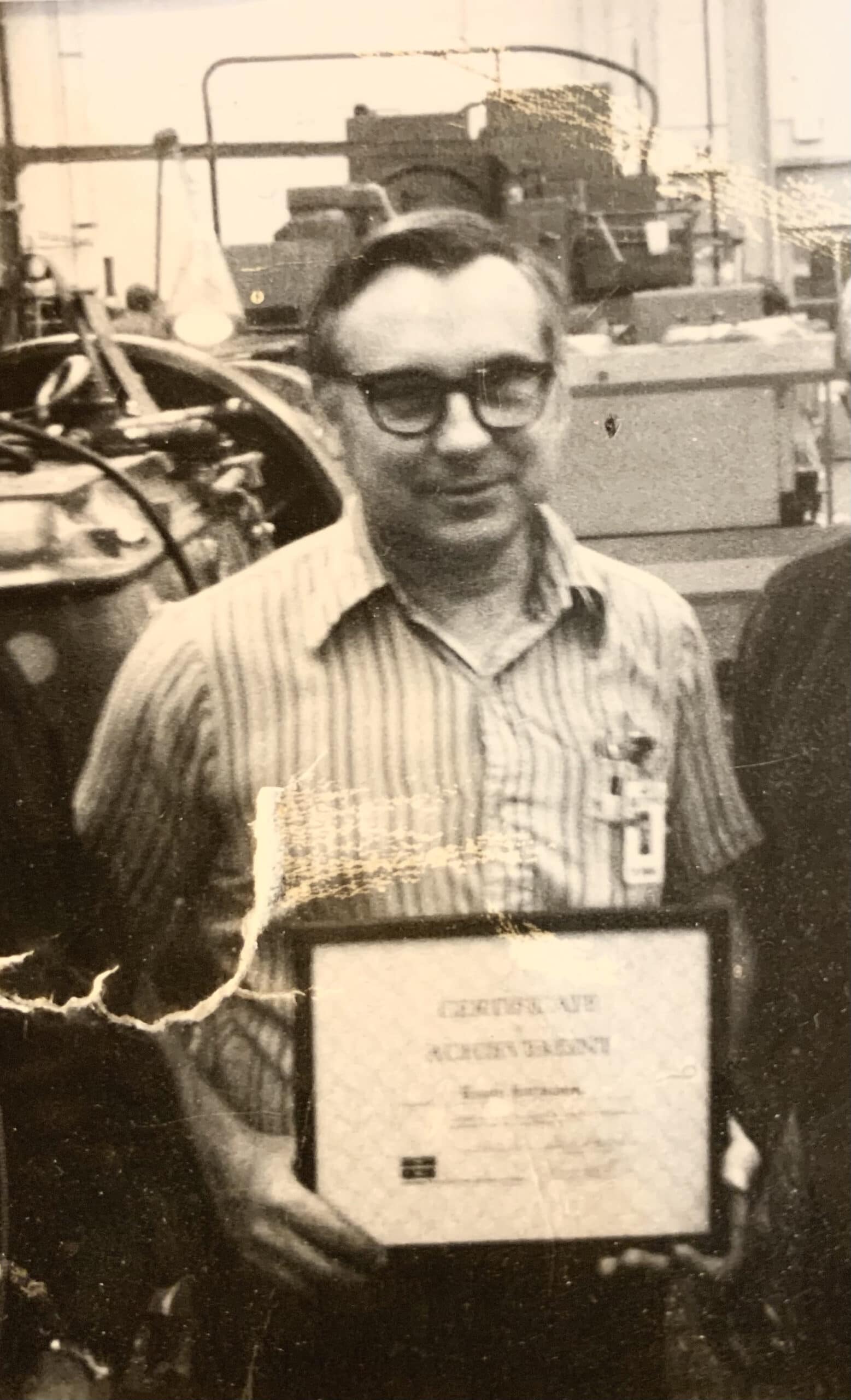 Lewis Robert Formanek II (Lew) passed away November 21, 2020, in Phoenix, Arizona at the age of 89 from Parkinson’s disease. He was born on July 13,
1931, to Lewis and Clara (Jacubuk) Formanek at the family farm in Hancock County, Iowa. Lew was the 4th of 5 children. His three sisters, Mina (Roy), Helen(Bob), Mercy (Ray) preceded him in death. Lew is survived by his younger brother Allen (Patty) the only surviving member of the family.

As a young boy, Lew became his father’s hired man on the farm. He attended elementary and high school at Hayfield Iowa, lettering in baseball and basketball. In 1951, he was called to service in the U.S. Army. He was trained at the Tractor-Scraper school in Missouri and was shipped to South Korea during the war to build an airstrip. When he returned to the states, he was stationed at Fort Carson Colorado. He left the army in 1961 as a Sergeant.

In 1954, Lew came back to Iowa to marry the love of his life, Mary (Greiman), who was an elementary school teacher in Belmond, Iowa. He worked at Yohnson Ready Mix Company in Belmond, and eventually became the manager.

Mary and Lew made Belmond their home for 12 years. A move to Phoenix, Arizona in 1966, changed many things. Lew became a machinist in the aerospace industry where he worked for Develco, Air Research, GarrettAllied Signal, and Honeywell. He retired in 1996 as a supervisor in the Sheet Metal department.

Lew and Mary were married for 66 years and are the proud parents of Mike (Beth) and Mark (Kerry). They were blessed with five grandchildren; Mary Frances, John, Aaron, Macey, and Emmie. Lew loved to fish with his family and hunt in Iowa, Minnesota, and Arizona. He also enjoyed traveling, camping, sightseeing, spending time with his grandchildren, and relaxing in his Lazy-boy while watching Andy Griffith reruns. Lew was a great fix-it man and passed his knowledge on to his sons and grandchildren. The Formanek family tradition of spending each Fourth of July in Lake Tahoe together was one of his most favorite past times. Lew was also a member of St Theresa’s Parish in Phoenix, Arizona. He left a loving family and many friends.

A celebration of life memorial will be determined later due to the pandemic.
Family and friend are encouraged to share memories and condolences through Whitney Murphy Funeral Home’s website
(www.whitneymurphyfuneralhome.com/obituaries/), or at www.obits.azcentral.com

Offer Hugs From Home Condolence for the family of FORMANEK II, LEWIS ROBERT