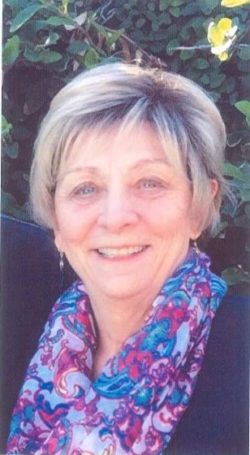 Paula Irene Formisano, passed away comfortably, surrounded by her loving family, at the age of 68, on February 10, 2017.   She battled cancer for a number of years with humor, positivity and grit. Paula was born in Rochester, New Hampshire on June 17, 1948 to Leo and Beatrice Bosse. Along with her three sisters, she spent her childhood in Dover, New Hampshire and graduated in 1966 from St. Thomas Aquinas High School. That same year, she met Roger Formisano and the high school sweethearts started their love story. In 1970, Paula and Roger married and she also graduated from the University of New Hampshire. After spending time in Chapel Hill, North Carolina and College Park, Maryland, they moved to Madison, Wisconsin in 1978 where they planted roots for over thirty years. Her greatest joy was being a mother and she was a stay at home mom for both of her children.

In 1991, she earned her license to become a travel agent and later started her own travel business. Planning travel for others was something that was a passion for Paula and she was great at it. In the process, she traveled the world herself, something she loved to do especially with her friends, her daughter and her husband. She and Roger attended French Immersion school together in Villefranche, France; they also spent many weeks in Paris together.

In 2013, Paula and Roger moved to Scottsdale, Arizona to retire. She was a dedicated Memere to her two grandchildren Benjamin and Caroline, who live nearby. Paula was full of spirit, quick wit and humor and was known for making other people laugh. She also liked relaxing at their cabin in Pinetop, Arizona with her son’s family. She enjoyed reading, spending time on the golf course, playing Bunco and Mah Jong and with her Rosary group. She was a dedicated and loyal wife, mother and friend who will be missed immensely.

Visitation will be on Wednesday, February 15, 2017 from 4:00 – 8:00pm at Whitney & Murphy Funeral Home. Mass will be celebrated at 10:00 A.M., Thursday, February 16, 2017 at St. Theresa Catholic Church, 5045 E. Thomas Road, Phoenix. In lieu of flower, donations can be made to Foundation for Women’s Cancer www.foundationforwomenscancer.org and please designate for research.

Offer Hugs From Home Condolence for the family of FORMISANO, PAULA IRENE