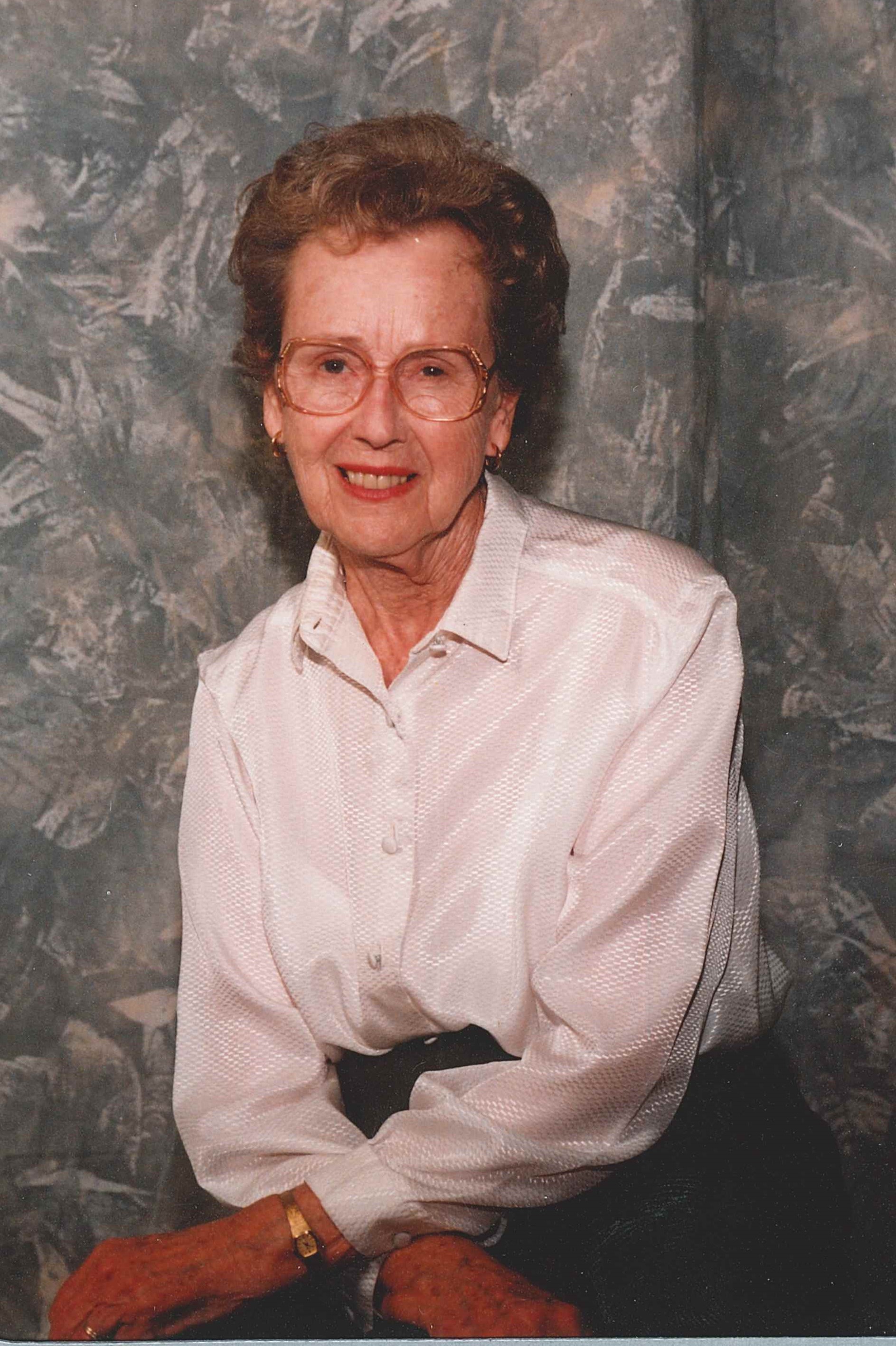 93, of Phoenix, Arizona passed away peacefully at home on March 14, 2015. She was predeceased by her beloved daughter Robin Forsberg, August 1, 2014. Betty is survived by daughter Roberta Pailes, son-in-law Richard Pailes, grandsons Nathan and Matthew Pailes and great-grandsons Ben and Ross. Betty was born September 3, 1921, one of five children, born to Mary B. and Herbert C. Huntington. As the eldest member of her family, she enjoyed her position as the head of a large extended family including many nieces, nephews and their children and grandchildren. As a member of the Greatest Generation she lost her husband, Barney Lynn Rouse, during World War II and married Navy Veteran Herbert Forsberg in 1953. Betty received both Bachelors and Masters Degrees in Education from Arizona State University, then taught at J.B. Sutton Elementary in Phoenix for many years. She enjoyed hosting her large extended family, playing bridge with friends and being part of the communities of Gold Star Wives and PEO. She was loved by many people including her friends, family, former students, and mostly recently by her friend and caregiver Susan Harke, who cared for and protected both Betty and her daughter Robin with tireless devotion. She was proud to be a native Arizonan and cared deeply for Arizona’s environment and for the welfare of all animals. Donations to the Nature Conservancy, 7600 N. 15th Street #100, Phoenix, AZ 85020 or the Arizona Humane Society, 9226 N. 13thAvenue, Phoenix, AZ 85021 would be appreciated in lieu of flowers. Visitation will be held from 1:00 – 2:00 PM, with a Memorial Service at 2:00 PM, Sunday, March 29, 2015 at Whitney & Murphy Funeral Home, 4800 E. Indian School Road, Phoenix. Inurnment will be at 10:00 AM, Monday, March 30, 2015 at Paradise Memorial Gardens Cemetery, 9300 E. Shea Blvd., Scottsdale, AZ.

Offer Hugs From Home Condolence for the family of Forsberg, Helen Elizabeth “Betty”