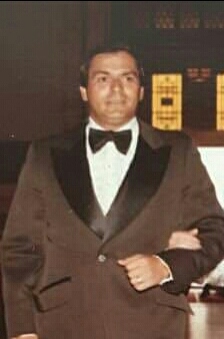 On December 15th at 6:01am Salvatore Blaise Fortunato went home. He will be remembered by many names Sal, Sally, Babe, Dad, Daddy, Popa, Big Guy, Uncle Sal, Hunk, Number One and has even been called Alice. Sal is survived by his wife and partner, who was love of his life of over 44 years, Barbara, his two children; son Steven, his wife Linda, his grandchildren from Steven, Nicky, Christopher, & Danie. His daughter, AnnMarie her husband Johnny and his grandchildren from them; Frankie, daughter Hailey, Vinny, his fiancée Joelle and Antonette. He also leaves behind his eight siblings; Joey, Maryanne, Tony, Chris, Tommy, Lorraine, Eddie and his baby sister Jeanette. He leaves behind many beloved brother and sister in laws. Sal has 91 nieces and nephews with 2 more on the way. There are many, many friends who he saw as family. For all those who knew Sal, he lived his life just like the Frank Sinatra song says,” My Way” and he went home HIS way with dignity and poise. Sal had a huge gathering waiting to welcome him home. His Mother Antonette, his Father Anthony (Pop), his many aunts and uncles and cousins. Sal grew up and lived in Brooklyn, New York. He was an avid hunter and went hunting with his buddies every year since he was 17. Sal worked as a maintence director at Monarch Winery for many years, in which he was extremely proud. In 1983, Sal and Barbara moved to Scottsdale, Arizona. Once in Arizona, he worked as maintence director/ groundsmen at Troon Golf and Country Club. After retiring he took his dream job at Talking Stick Casino as a chef.  Sal was the glue in his family. Nothing meant more to him than his family. He went the distance all fifteen rounds and he was still standing when he heard the final bell. Sal will be greatly missed by all who knew and loved him. His last request was please do not cry when I am gone, rejoice in the fact you had me as long as you did. As long as you speak of me, I will never die.  In lieu of flowers, please make donations to Arizona Law Enforcement Canine Association 16449 W. Honeysuckle Dr. Surprise, AZ  85387

“Courage is being scared to death, but saddling up anyway.” 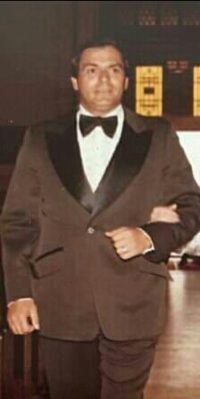 Offer Hugs From Home Condolence for the family of FORTUNATO, SALVATORE BLAISE